The House that Pride Built 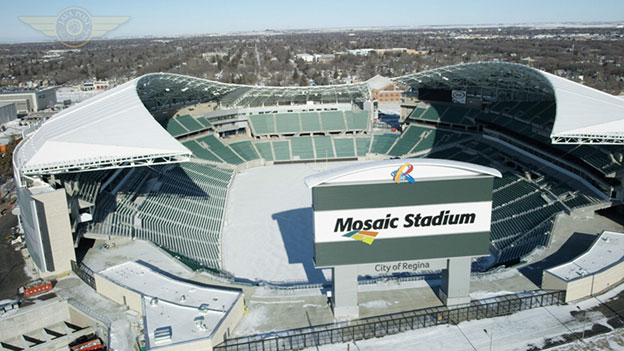 The Mosaic Stadium is an open-air stadium in Regina, Saskatchewan, which has a standard capacity of 33,000 and can be expandable to 40,000. The stadium delivers an incredible event experience with wider individual seats, a sunken bowl to ease spectator access, expansive concourses, and a wide range of concessions and hospitality offerings, including a general admission lounge and premium options that include 38 suites for corporate partners. The stadium is also home field of the Canadian Football League's Saskatchewan Roughriders. It opened July 1, 2017.
The precast concrete supplier, Souris Valley Industries, had to come up with a few new ways to undertake the project, including new techniques for loading oversized precast concrete components onto trucks for the 120-km (75-mile) drive from its plant in rural Weyburn, Saskatchewan, to the stadium construction site in Regina. 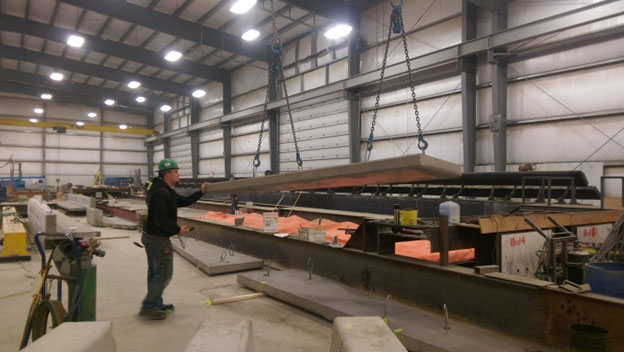 The producer cast all of the required pieces at their facility and staged them in their yard for shipping. During most of their work on the project (from April 2015 to April 2016) Souris stored more than 400 precast concrete elements at any given time on their property. 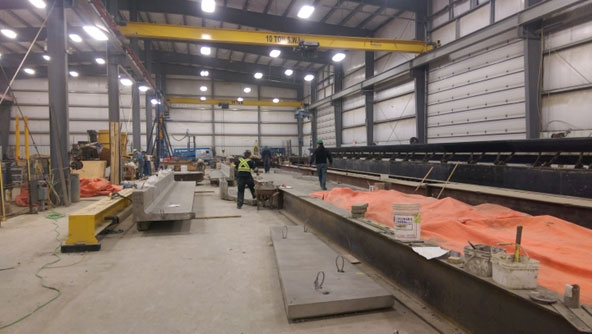 The most unusual aspect of the job, apart from its sheer size and duration, was developing systems for loading 50-ft-long (15-m-long) pieces of concrete wall and 40-ft-wide, 10-ton (12-m, 9-mt) bleacher sections onto flatbed trailers. 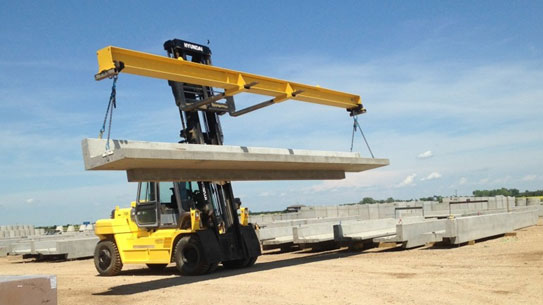 For the 40-foot bleacher components, the producer used a Hyundai 60D-7A diesel forklift, fitted with a 40-foot I-beam and four heavy chains to secure, balance and load each piece. The forklift and wheel loaders were crucial to keep productivity high and to complete the project. 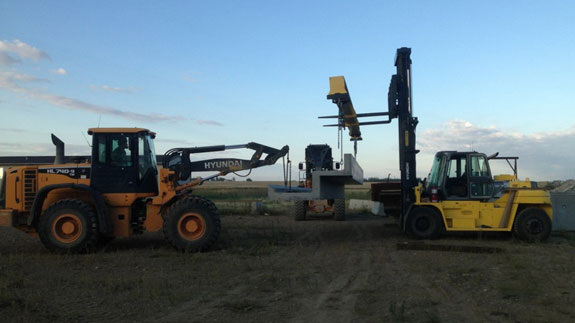 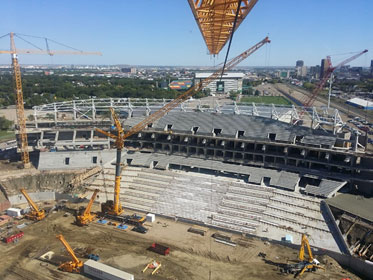 Working as a subcontractor to Edmonton-based PCL Construction, Souris Valley Industries cast nearly 1,500 pieces of precast concrete for the Mosaic Stadium project. Although Souris Valley usually employs about 35 team members, the company needed to increase its team to nearly 60 employees to handle the larger stadium project.

"We had a total team effort on this project from start to finish and from top to bottom," Dustin Bell said, crediting operations manager Tanya Dubois and special projects manager Mike Bell with keeping the project on time and on budget. 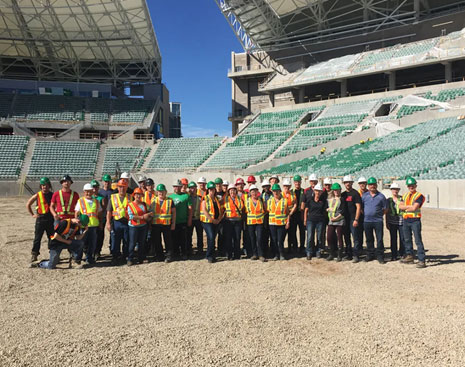 While the stadium contract was a high-profile project for Souris Valley Industries, the company is well-known and respected throughout western Canada as a premier supplier of precast concrete, with average annual production of more than 20,000 metric tons (22,000 U.S. tons).

Most of the firm's output consists of precast concrete pipe and manholes for storm sewers and other underground utilities, as well as concrete boxes, tanks and traffic barriers.