Originally a centre of commercial and civic life, Downtown Brooklyn, New York, lacks comfortable outdoor spaces—an absence that is increasingly felt as its residential population has increased by more than 40 percent in the last 20 years. 11 Hoyt transforms its full-block site, formerly a parking garage, into an elevated green podium anchored by a tower with scalloped edges rising above it. Visible from the street yet buffered from its activity, the podium’s indoor-outdoor environment acts as the “fifth facade” of the building, increasing its sustainability while encouraging neighbours to meet and interact among trees, gardens, and other amenities. 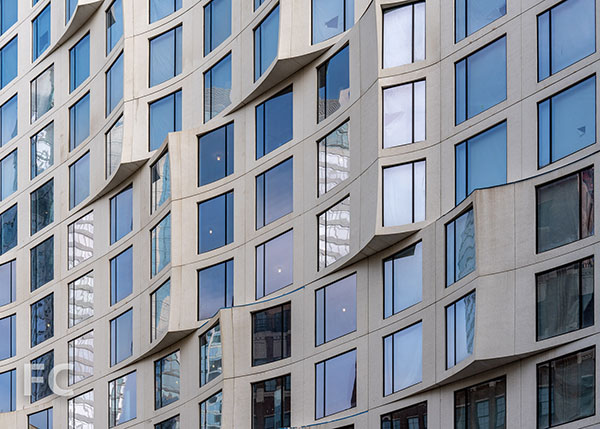 The project’s connection between inside and outside is furthered by the tower’s thickened, inhabitable facade. The building pushes out in plan to create expanded living spaces with built-in window seats framing eight-foot tall windows, maximizing views of the neighbourhood and waterfront, and offering glimpses of the building’s sculptural exterior.

Migrating across the facade like the cusps of a wave in section, the scallops allow for nearly 200 distinct residence configurations that accommodate a diverse mix of residents. Built of precast concrete, the scalloped facade units were prefabricated and installed to identical floor plate and column layouts on-site. The compact footprint of the tower and the low height of the podium respect the site, privileging sunlight to the green roof and the street. 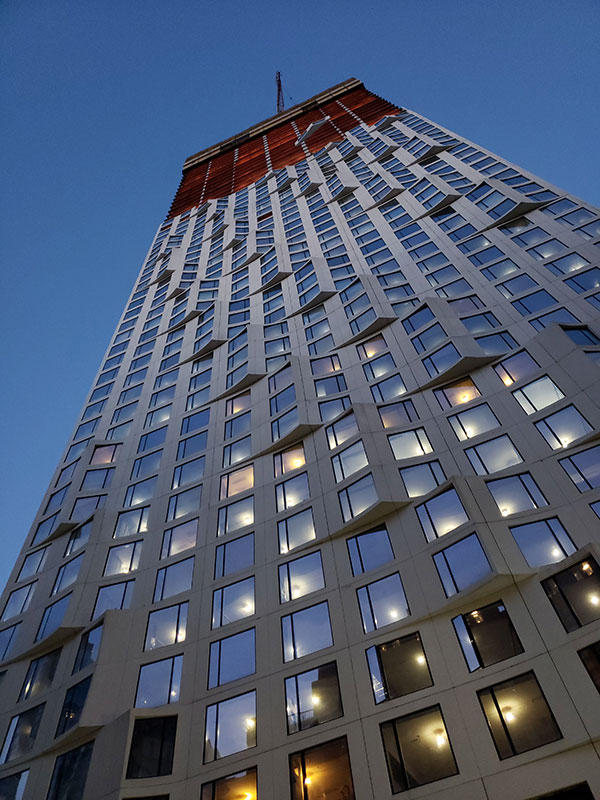 One amazing feature of the 11 Hoyt facade is how the Studio Gang team was able to create the wave-like visual effect on the facade while keeping enough repetition to minimize the cost of the project, which is essential in high-rise construction. The scalloped precast concrete panels run in diagonal vertical groups of seven units on the wider east and west elevations, and in groups of three units on the narrower north and south elevations. Flat precast concrete panels cover the gap in between.Arthur Liu, Design Director at Studio Gang, said in an interview with The Architects’ Newspaper, “There are a number of discrete facade elements arranged in a way that offered variation and flexibility to the design of the facade while simultaneously aligning with interior spaces and respecting the limits of constructability.” 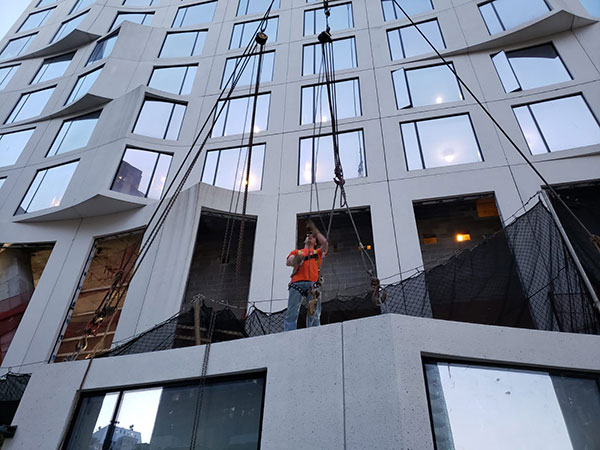 Over an 18-month span starting December 2017, BPDL produced about 1,205 precast concrete panels in 119 different moulds, each approximately 24 square metres (a little under 260 square feet). The panels are made of white concrete that was sandblasted as part of the production process to bring out grey calcite aggregates. Included in our production chain was the shop installation of 1,794, 2.4 metres (8 feet) tall custom aluminum window systems, that were fabricated in Italy and shipped to our plant in Alma, Quebec. 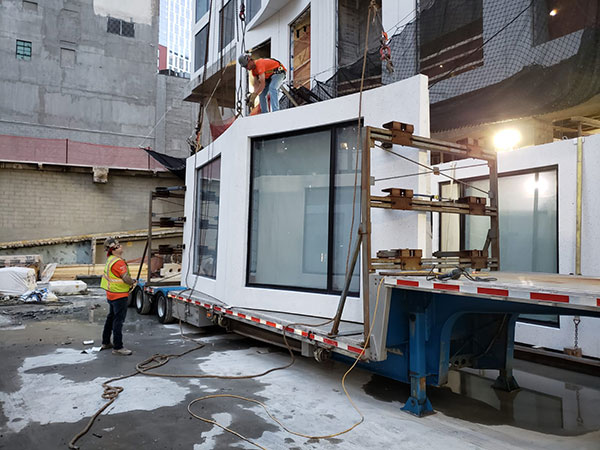 There were two particular challenges of the project: waterproofing the horizontal surfaces formed by the scalloped, wave-like precast concrete panels, and designing and building the moulds which began over a year prior to casting the first piece. In order to overcome the waterproofing challenge and to minimize the cost of doing this work in the field, BPDL craftsman were trained by the membrane manufacturer to apply the membrane directly at our plant, shortly after the pieces were removed from the moulds. Regarding mould production, we were able to achieve the desired geometry by CNC machining the ribs on which we nailed thin sections of wood veneer. 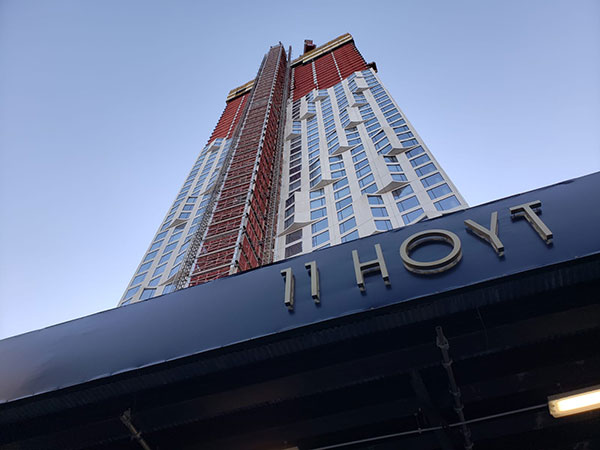 Prior to the construction of the podium, the building lot served as a staging ground for the installation of the oversized precast concrete panels. These were trucked in, hoisted into position, and connected for lateral and gravity support at the floors with multiple galvanized steel anchor assemblies, creating nearly 200 distinct residence configurations. 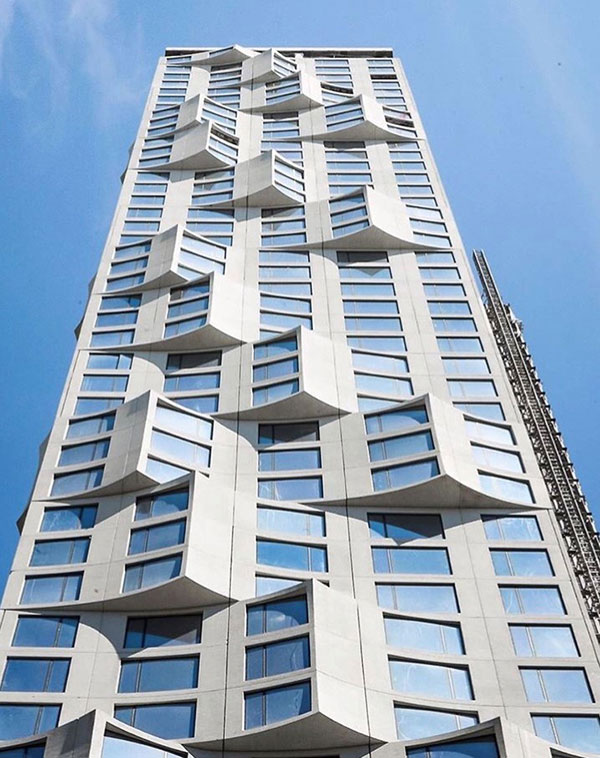 Matthieu Gagné is an engineer and project manager at BPDL