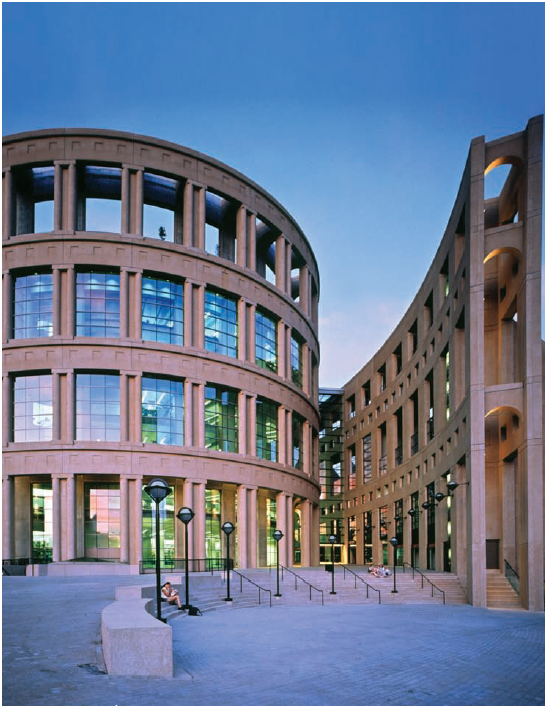 When Vancouver’s newest civic symbol officially opened on May 24, 1995, the Vancouver Sun newspaper predicted the Vancouver Public Library’s new central branch would join the list of the city’s most impressive landmarks. 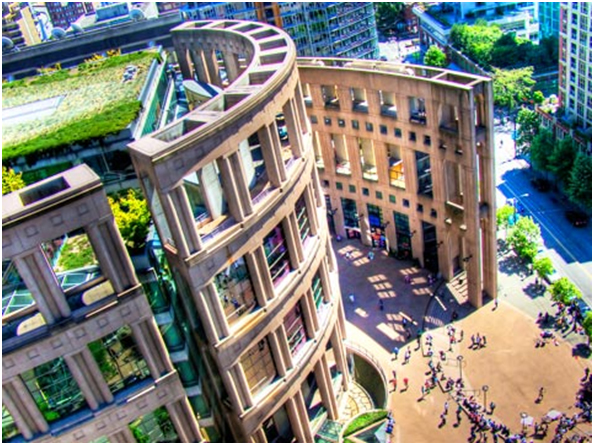 The multibuilding complex occupies a complete city block and at nearly $160 million, was the largest capital project ever undertaken by the City of Vancouver. For many Vancouverites, the library’s curved “ghost wall” is reminiscent of Rome’s Colliseum. 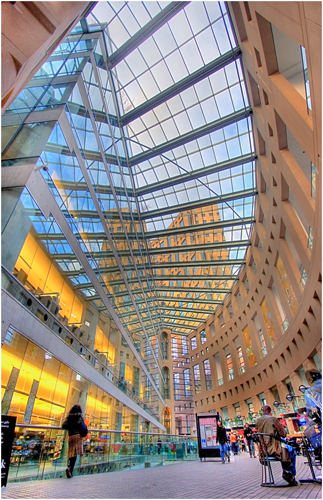 A second wall rises from the south end of the site, sweeping toward a twenty-one-story office building at the northeast corner. Two storey precast concrete panels, made with the same granite aggregate as was used on the library, clad this office building. 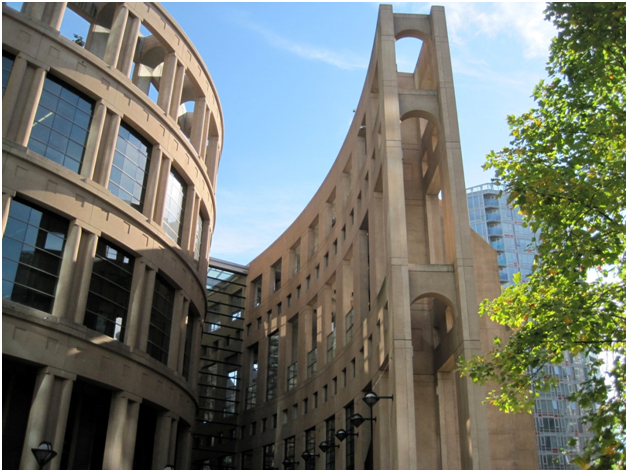 At the southwest corner, the precast walls open out to form a street level piazza and an entrance to the soaring, glass-roofed concourse that connects Georgia and Robson streets. Known as the Promenade, the atrium-area has become an indoor urban square where people sit and read in the midst of shops and cafés facing the multi-level library. 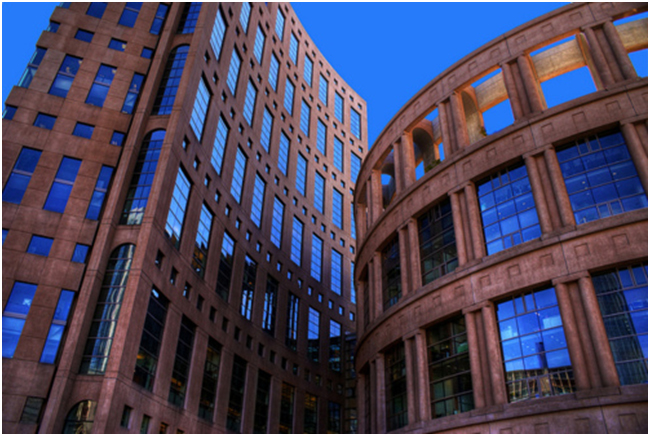