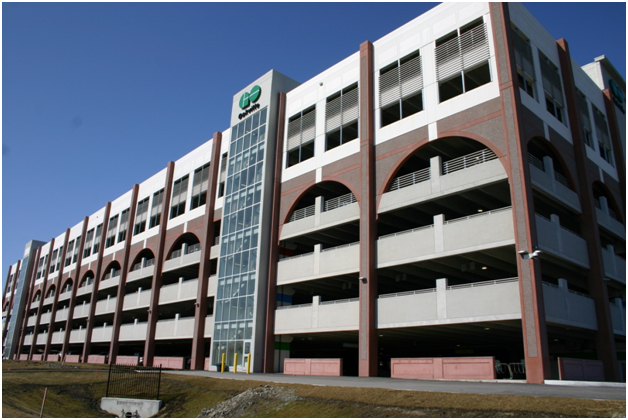 Situated in the Town of Oakville, the Oakville GO Station Parking Structure is located at the south side of the existing Lakeshore West Commuter rail corridor, providing parking capacity to approximately 1,400 vehicles.

The precast concrete structural system was selected as the original design-build concept to reduce the construction schedule, minimize interruptions to the station, and provide an appropriate level of passive security. 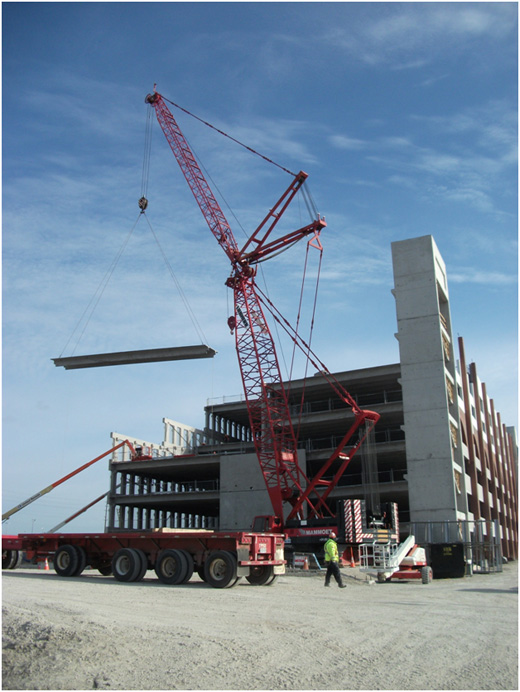 With a wide selection of custom profiles, colours, textures, and patterns, the building was able to achieve interesting facades, which would be difficult to accomplish in a cast-in-place concrete design. 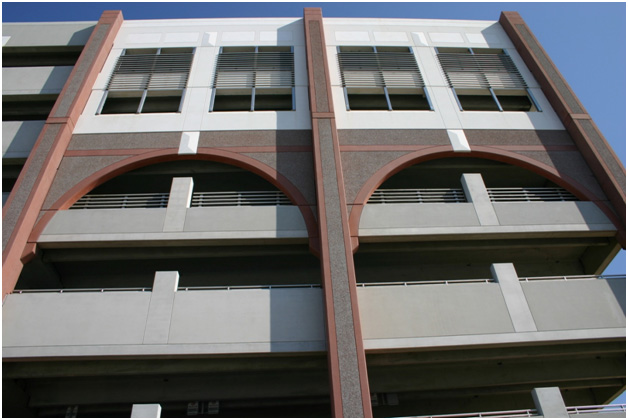 The long span structural members allowed for a reduced number of columns, as well as increased openness and visual sightlines and security. Additionally, the precast system reduced long-term life cycle costs by improving the durability of the structure, which was increased by a low permeability concrete topping with corrosion inhibitors. 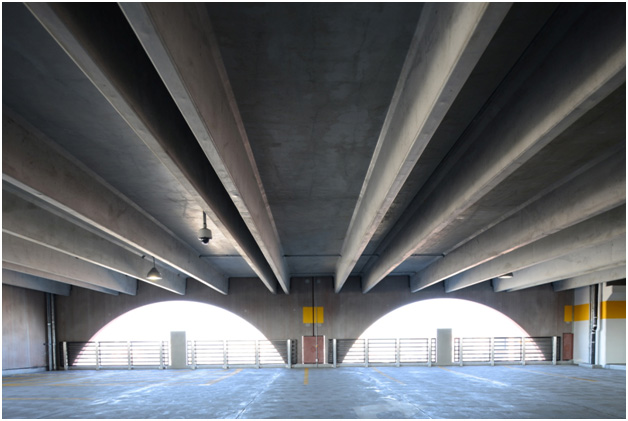 Precast concrete resulted in less impact on the area surrounding the site (reduced truck movements, less dust, less construction equipment required on site, and less noise). The construction site is located next to a train station that services 13,000 passengers per day, which remained operational during construction with no interruptions. 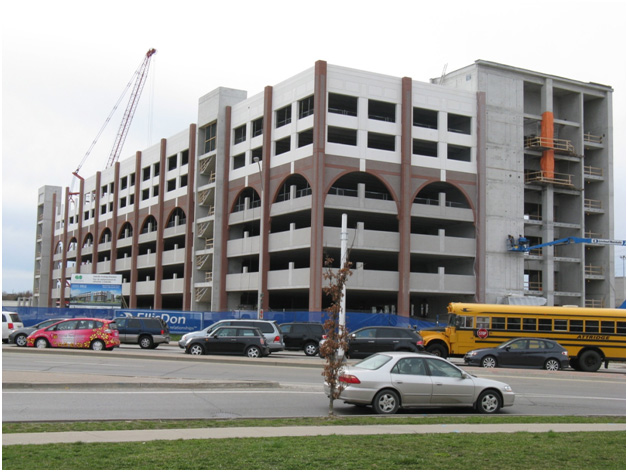 Precast was formed using unique architectural forms, textures, and colours. To minimize the scale of the structure and to compliment the town’s surroundings, the facades of the parking structure features strong, multi-level columns, arches, stainless steel guard rails, and metal framed window grilles.

The parking structure also features a variety of pigments and textures, including sandblasted, exposed aggregate, and form-finish. These options are more economical when compared to using cast-in-place concrete. 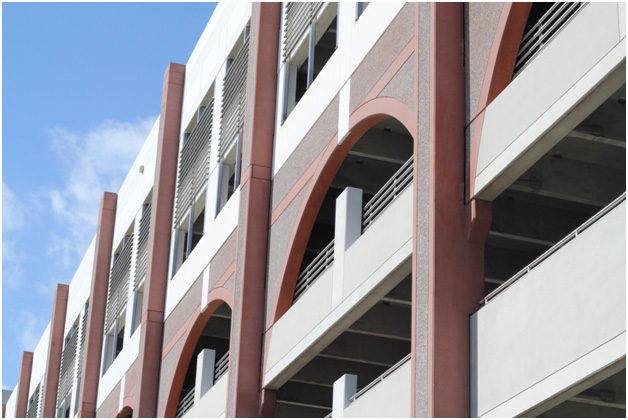