The Burkbrook Trunk Storm Sewer project, a three-phase project in London, Ontario, consisted of producing a large-diameter trunk storm sewer to remove the combined sewer that was there before. The previous undersized combined sewers were not adequate to accommodate water levels and resulted in sewer backups and basement floodings in the 350 nearby properties. In addition, the sewer capacity was impacted by the lack of overland flow routes which created street flooding in the surrounding areas. Obviously, it was time for an upgrade and to find a solution to replace the 100-year-old infrastructure. 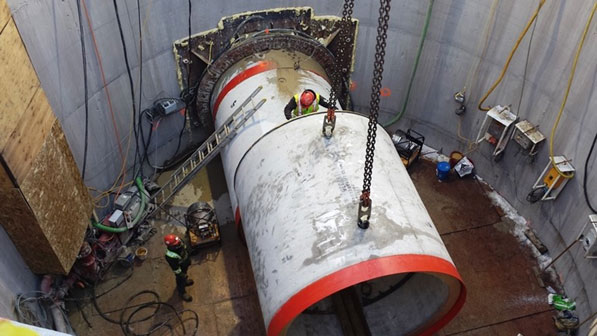 Phase I and II of the project were completed successfully. The third phase, which included two crossings under the Canadian National (CN) railway, presented many challenges and complexities. The City of London and CN officials worked on several scenarios to overcome the high-water table, sandy soils and tight areas, which provided volatile conditions. 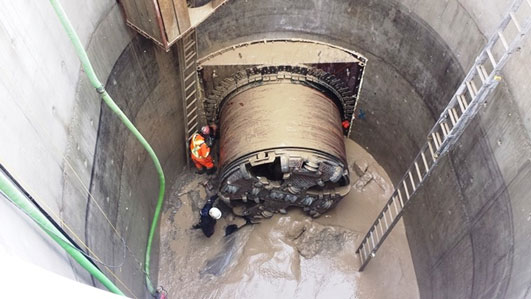 The initial part of the construction involving an open-face style tunnel boring machine (TBM) combined with dewatering did not work. It led the City of London and CN representatives to halt construction, remove the TBM, restore the site and explore new avenues. They worked closely with engineering and consulting firms to evaluate other tunnelling methods and systems. As micro tunnelling technologies were gaining traction and popularity over the years in North America, the team decided to use this type of technology to successfully complete the project's third phase. 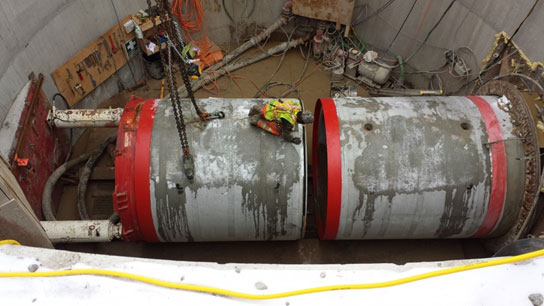 There were strict settlement criteria in place for this rail infrastructure, including alerts at 8mm and complete shutdown at 15mm but none of these were reached during or after the tunnelling construction was completed. The two crossings were produced using 2,500mm ID (3,000mm OD) micro tunnelling pipe from the precast concrete supplier. 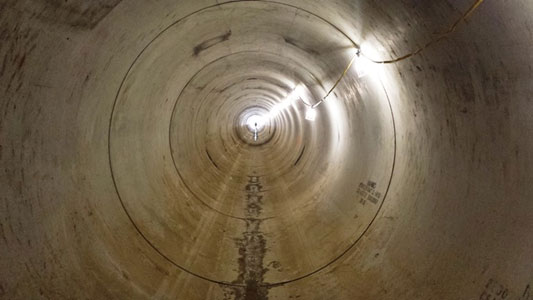 At the time, the Burkbrook Trunk Storm Sewer Project was the largest diameter micro tunnelling project in the province of Ontario. This was the first successful application of a 3000mm OD Microtunnel Pipe in Ontario. The project has a total value of $9.52m.

Using precast concrete helped the team successfully deliver the project on schedule and under budget all while meeting the requirements and objectives of the three-phase complex project.