The population of Kelowna’s downtown has been growing at a rapid rate. The revitalization of Bernard Avenue in 2012 ignited the interest of a number of businesses, government agencies and residents wanting to move closer to Kelowna’s vibrant downtown. This has provoked many new developments being constructed in close proximity of downtown, including a new six storey building to accommodate approximately 800 Interior Health employees. 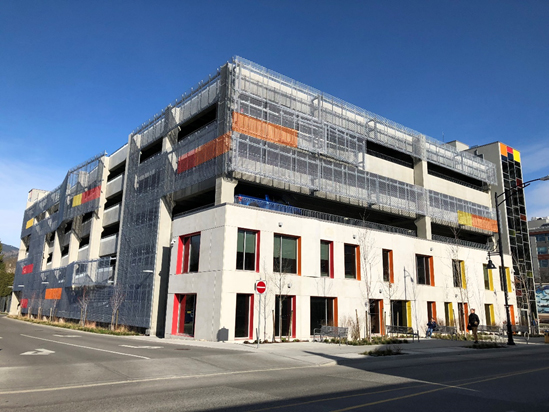 With the influx of the number of people migrating towards downtown has increased the demand for parking. In 2012, the City of Kelowna realized there was a significant void that needed filling if they wanted the downtown core to continue to grow. In August 2012, the City of Kelowna issued a “Request for Proposal” to find a qualified candidate to provide the necessary services required to design and oversee the construction of a parkade adjacent to the Memorial Area on Ellis Street. 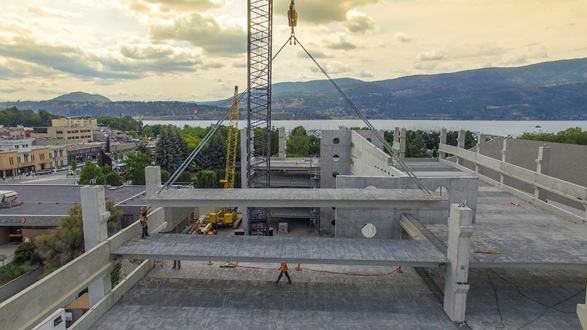 The result is the six-storey, $14.9 million Memorial Parkade on Ellis Street.

The completed parkade added a total of 566 parking stalls to downtown that helps mitigate some of the frustrations of finding parking downtown. Of the total number of stalls, 139 stalls have been allocated to the general public and the remaining 427 stalls have been assigned to Interior Health (380+30) and the City of Kelowna fleet vehicles (17). Of the 427 stalls allocated to Interior Health, 380 are available to the public outside of the hours of 6:00am to 6:00pm. The other 30 stalls are reserved for Interior Health 24 hrs per day, seven days a week. 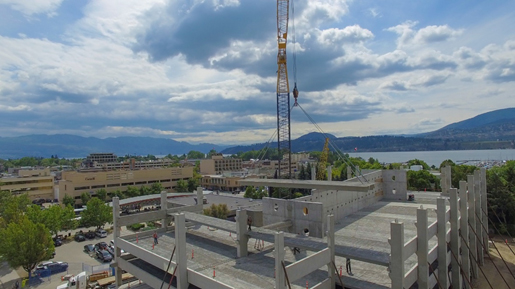 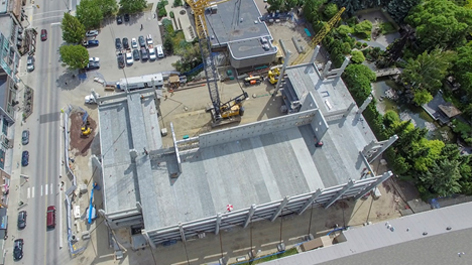 The installation was completed in partnership with Surespan Construction with a duration of under 35 days with an average of 12 pieces per day, showcasing the capabilities of Surespan’s Liebherr LR 1280 conventional crane.  A true testament to the benefits of precast on projects with tight timelines. 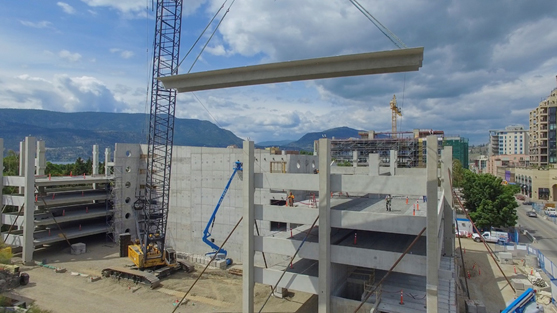 The total project was started in September 2015 and finished in the first week of April 2017, with precast install commencing May 2016 and completing June 2016.