The Herb Gray Parkway, fully opened on November 21, 2015, was to date the largest Public-Private Partnership highway project managed by Infrastructure Ontario. The new six-lane urban highway is 11 kilometres long, and took approximately 5 years to complete. The Parkway will connect to the yet to be built Gordie Howe Bridge which will be the 2nd bridge crossing between Windsor and Detroit, easing congestion for commercial and passenger traffic at the busiest Canada-US border crossing. 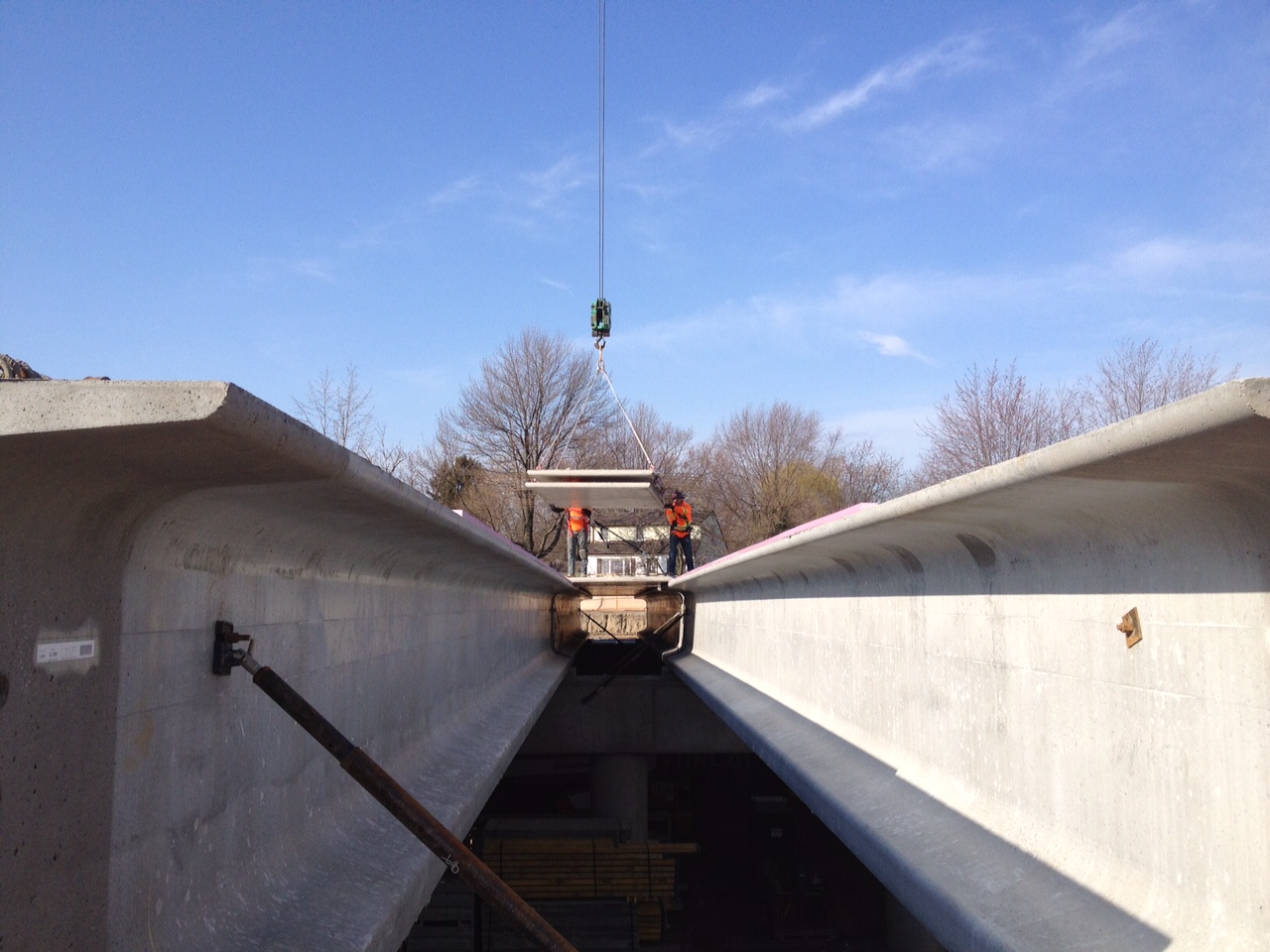 Prestressed Systems Inc. (PSI) was the first CPCI certified plant in Ontario to produce the NU precast girders (developed by the University of Nebraska), which were used on the bridges and tunnels. The girder, which has constant top and bottom flange dimensions, allows for more strand capacity for increased loads on longer spans; a better worker platform; shorter deck slab spans on the top and increased stability while shipping and handling. 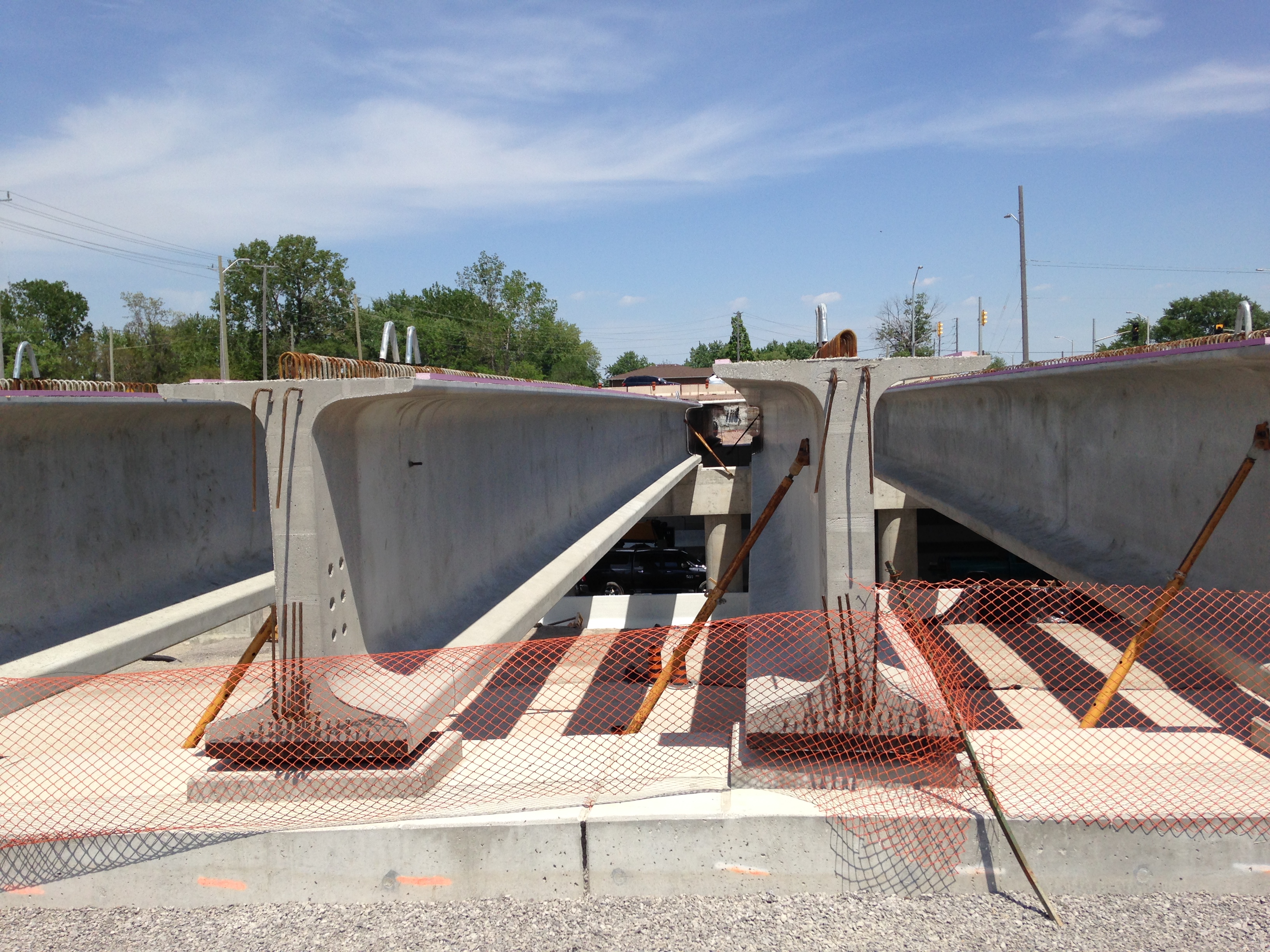 At the height of production, PSI was producing an incredible 6 NU girders per day. The beauty of precast concrete is that under a controlled environment, concrete can be poured year round including during a frigid winter as was seen in 2014. The last girder was cast in October 2014. Full project completion for PSI was achieved in July 2015 when the last of the trail bridge deck panels were delivered to site. 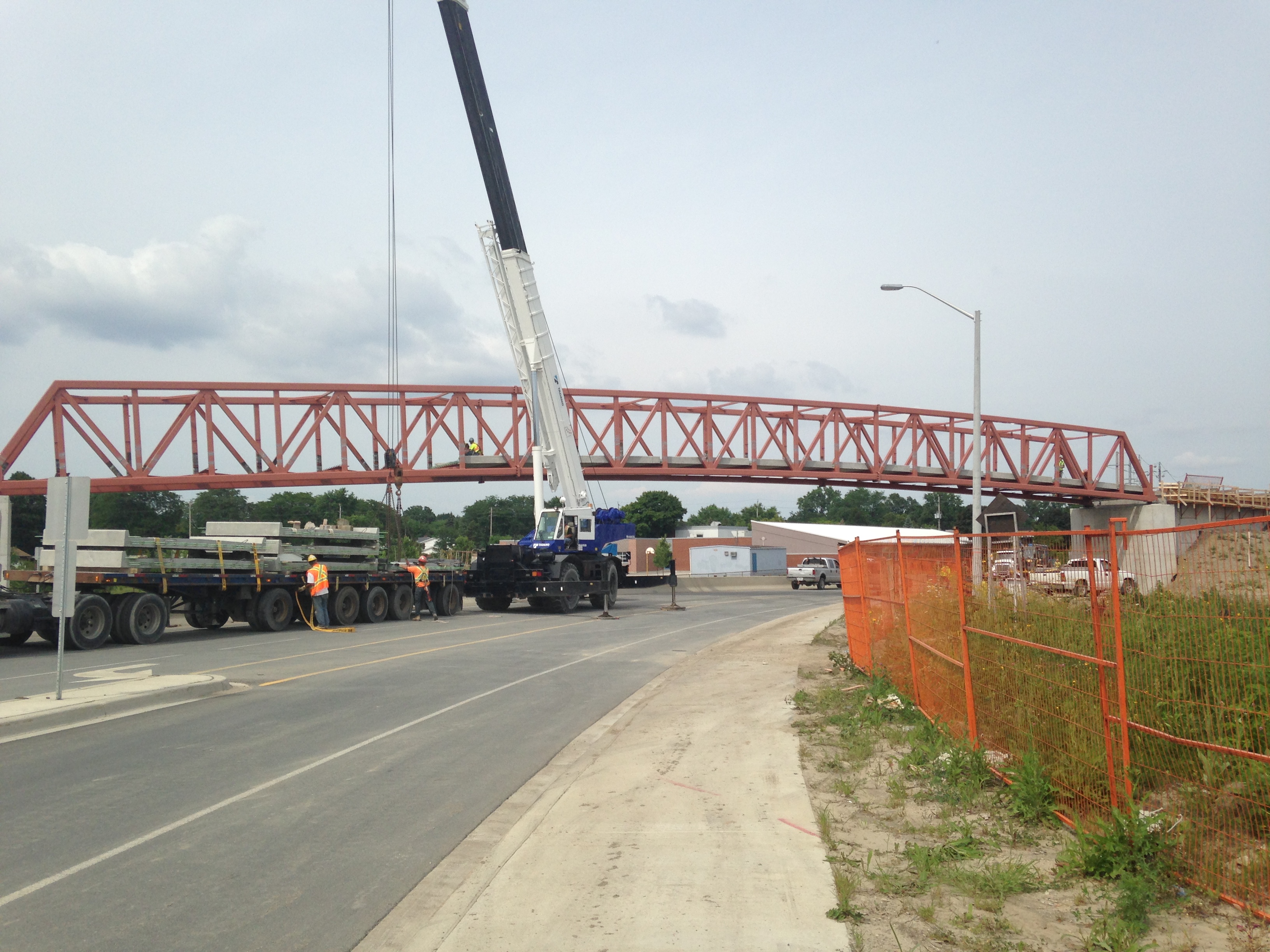 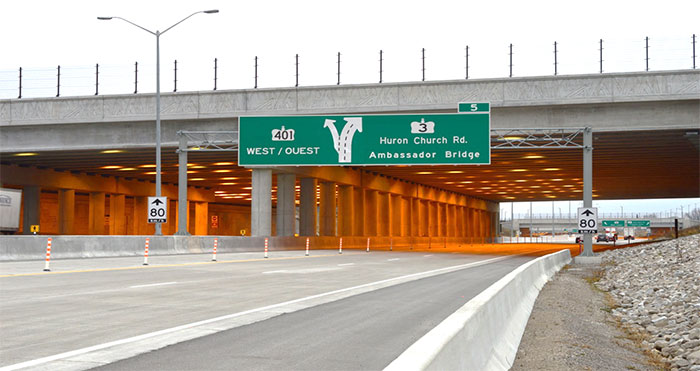