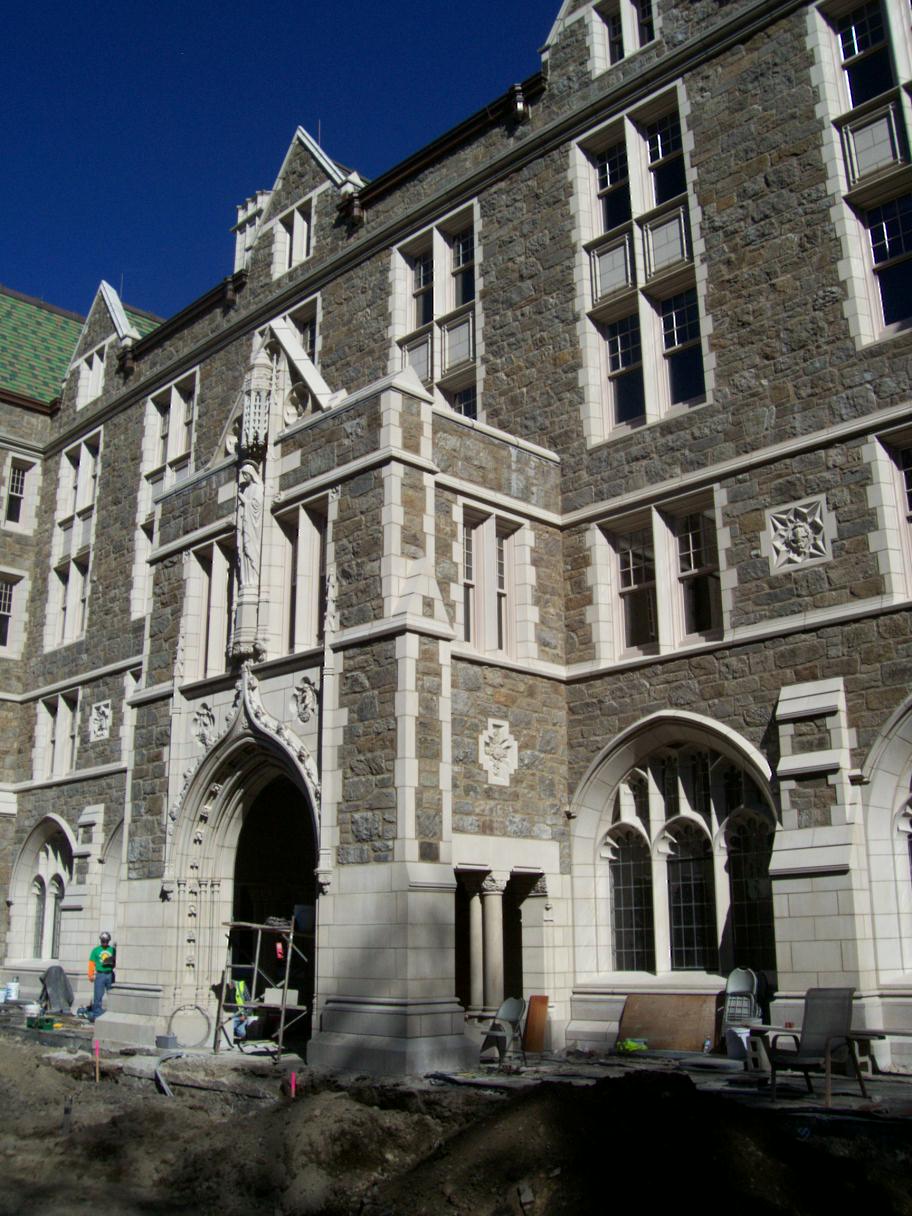 Named after St. Mary's church in Boston, to which the Jesuits were called in 1847, St. Mary's Hall is located across Linden Lane from Bapst Library on Boston College's Chestnut Hill campus. Shortly after New Year's 1917, the Jesuits took formal possession of the Hall, the second building constructed on the campus. With its graceful arches of Gothic windows encircling the lower floors, the building was designed to conform to the impressive architectural plans for the university. 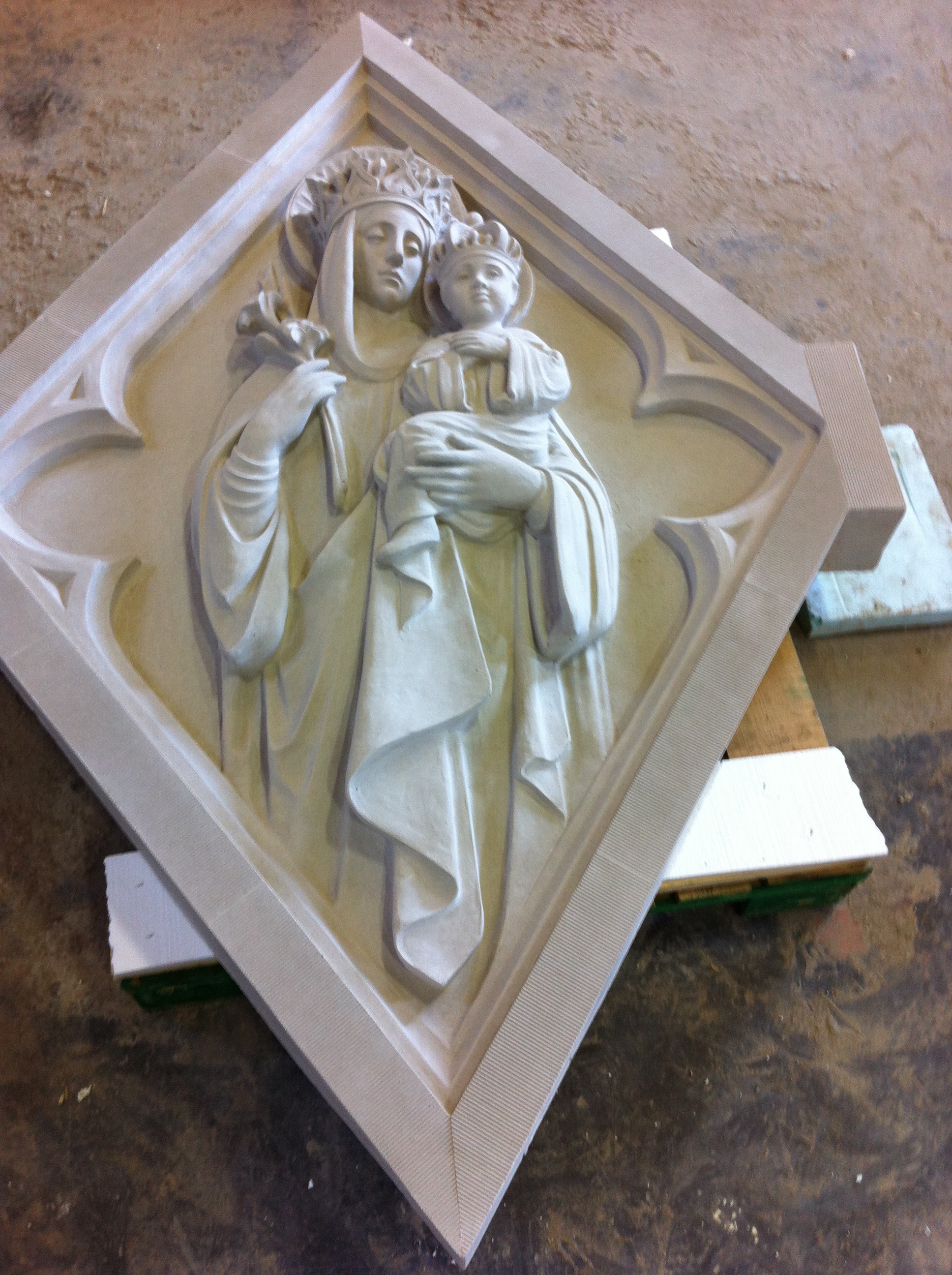 But by the time this century rolled around, it became clear that the Hall was in need of some upgrading. In 2012, the Boston College Board of Trustees gave approval for the renovation of St. Mary's Hall, and it is scheduled to reopen early next year.

The renovations, Boston College administrators said, were needed to restore the historically significant building, still the second oldest on the Chestnut Hill campus. The project included a complete facelift of the Hall, similar to that of Gasson Hall, and has made it possible for the Jesuit residence to remain in the location where it has stood for 95 years. 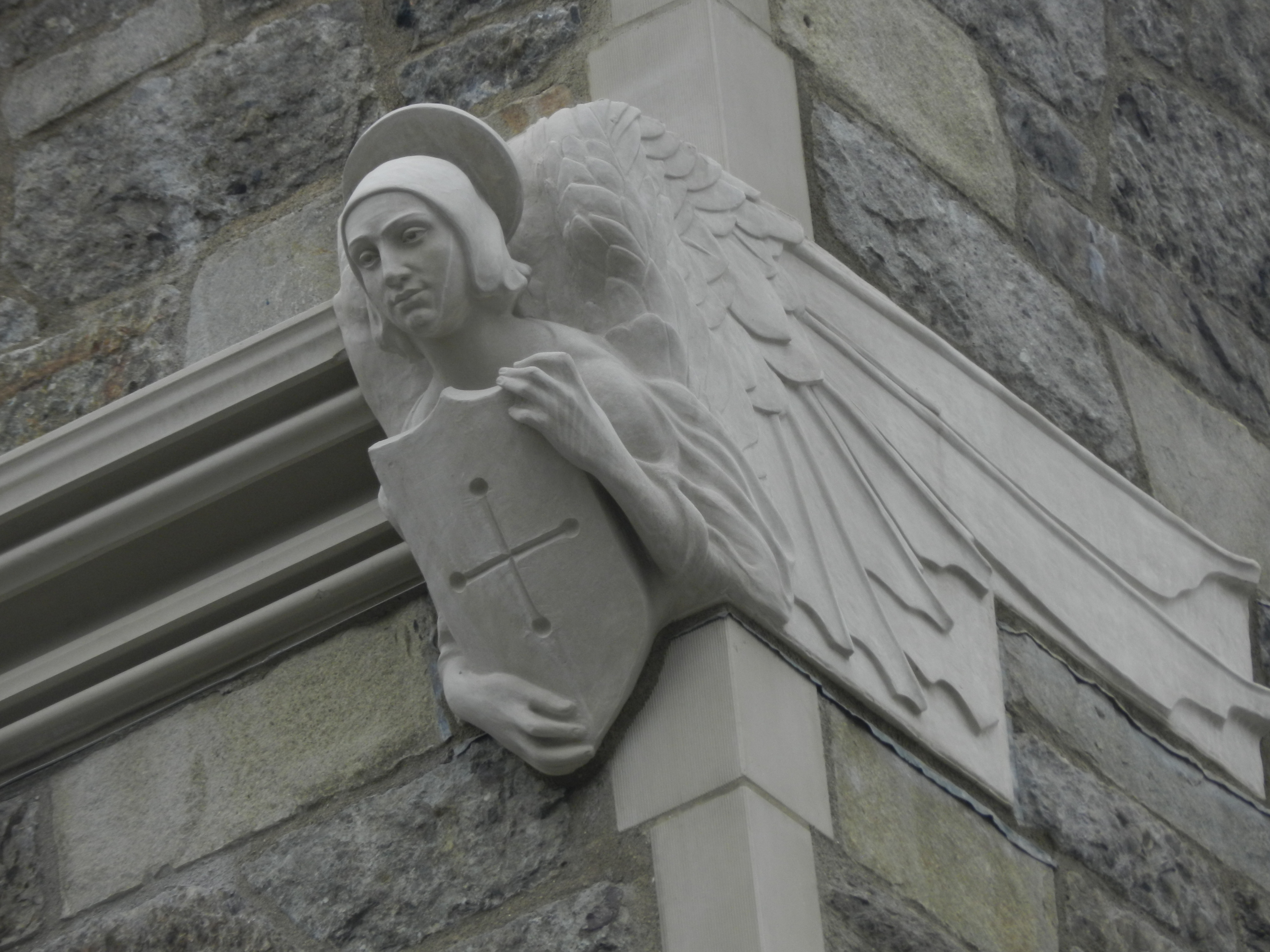 "Given its age, St. Mary's Hall (was) in need of significant upgrades, including the building envelope and the building systems," said Mary Nardone, associate vice president of capital projects management at Boston College. “On the outside, there (was) a need to replace the roof and windows as well as the cast stone, which is approximately three times the quantity of Gasson Hall. Once completed, the transformation of the exterior of the building will be just as stunning as it was for Gasson Hall."

Painstaking restoration
As the selected precaster for the Gasson Hall restoration, Béton Préfabriqué du Lac (BPDL) demonstrated its craftsmanship and capability, delivering stunning precast concrete restoration components that successfully contributed to the Hall's revival. With that in mind, choosing BPDL for the St. Mary's restoration was an easy decision. 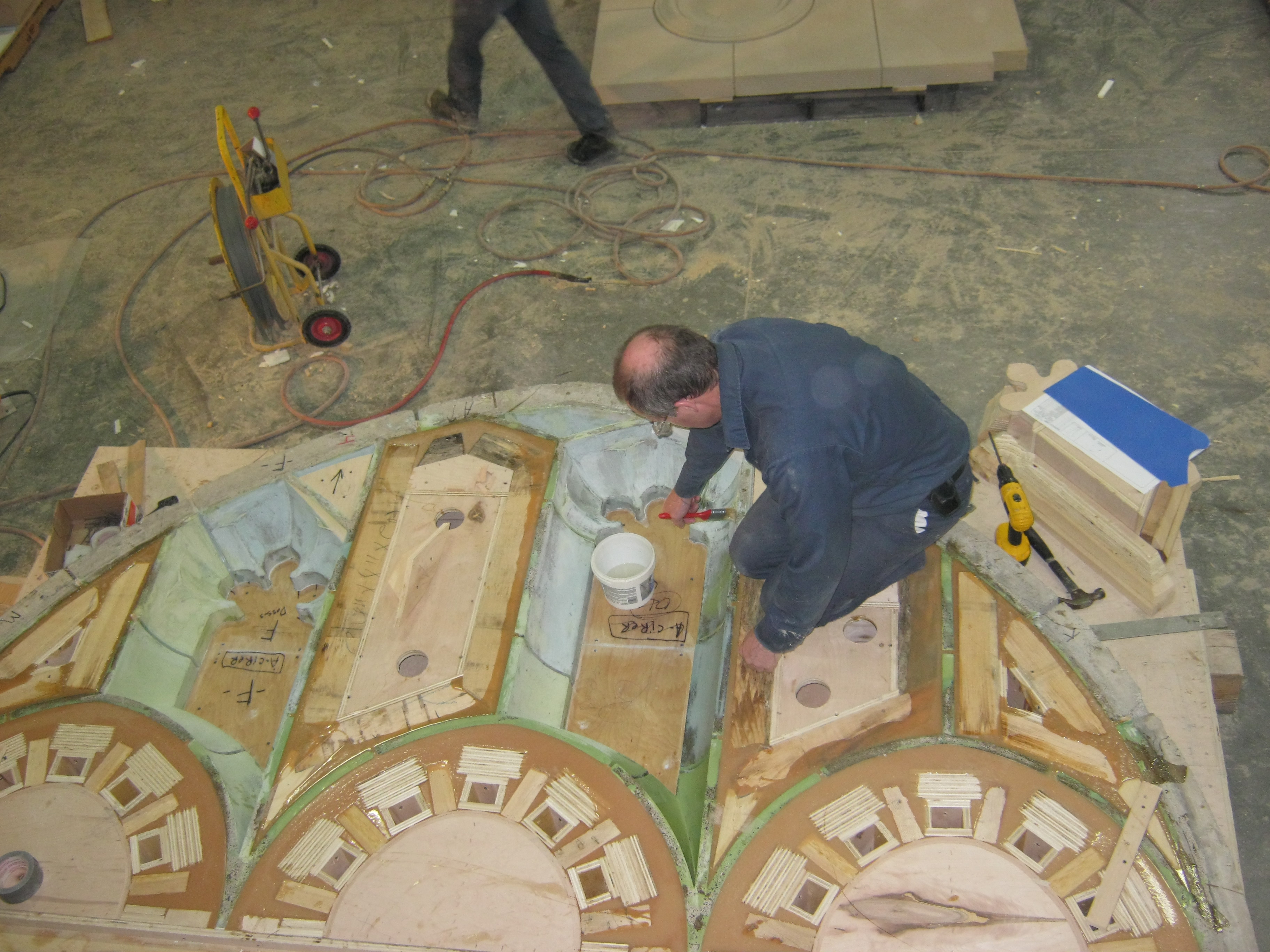 The scope of this project for BPDL was to restore the severely deteriorating original cast stone of the nearly 100-year-old building. The old cast stone pieces needed to be taken down and new ones had to be fabricated to replicate them.

This challenging project all started with surveying and evaluating each stone piece. Every single piece would be identified, listed and measured prior to being sent to the BPDL plant in Alma, Quebec where the team worked to recreate them. All damaged pieces had to be rebuilt by BPDL's mold team, meaning a mold had to be created using the original pieces in order to cast new identical pieces. BPDL used high-density liquid resin to give each piece the precision and finishing required. Concrete and wood were also used to create the complex molding units to allow for flexibility and to stay within budget. 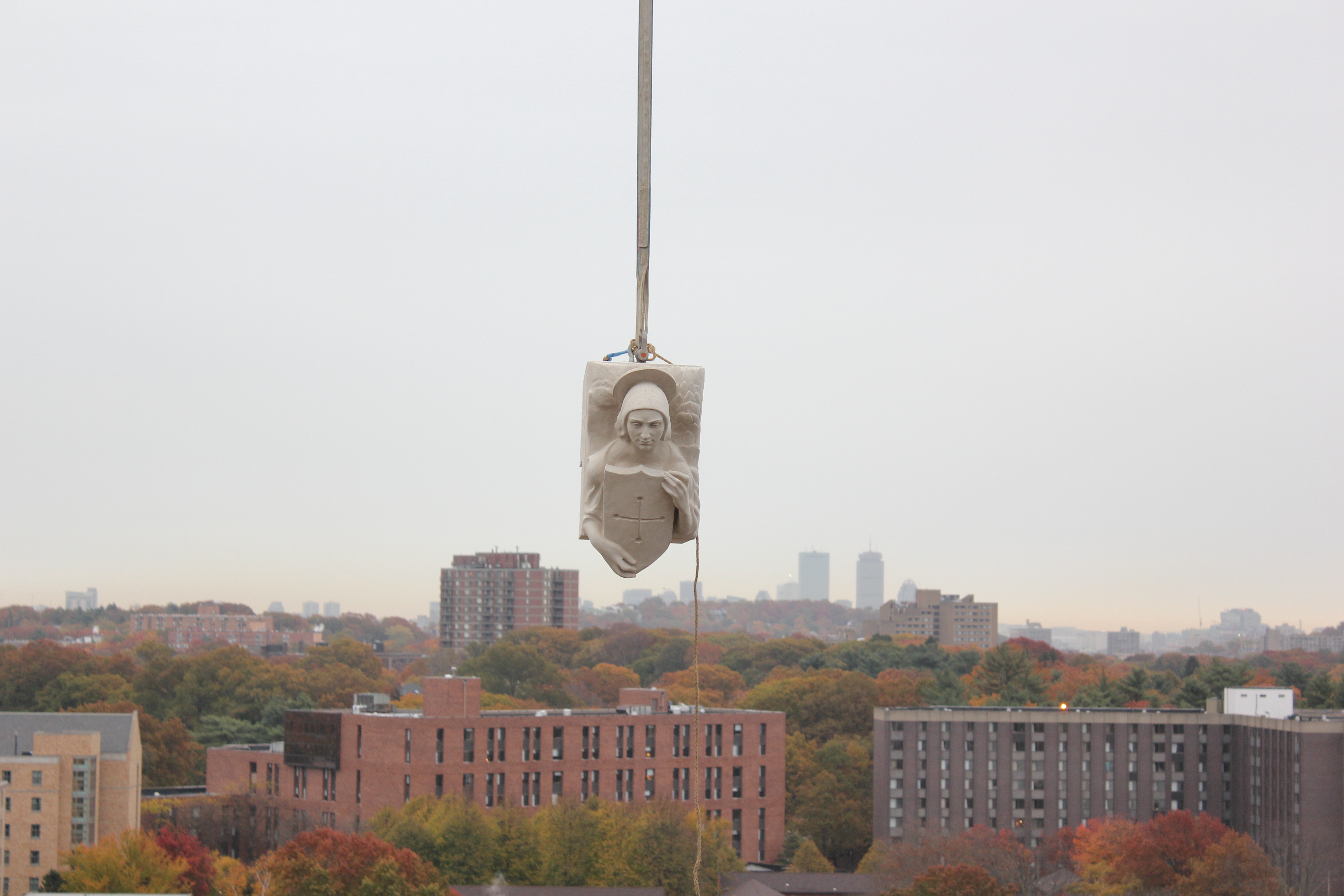 The cast stone required a special concrete mix to meet the expectations of the owners and their historic preservation specialist. The mixes were designed to give a granolithic finish for some pieces and limestone for others. Each piece was carefully molded, cured, unmolded and treated with an acid etch finish to achieve the desired look. To ensure a durable, high quality product, stainless steel reinforcement and plastic erecting anchors were used.

The complete restoration project required the execution of 15,800 cast stone pieces, and over 8,000 hours were needed over a 13-month period to create the 400 molds required. This included the accurate restoration of the original elements in accordance with restoration specialists. 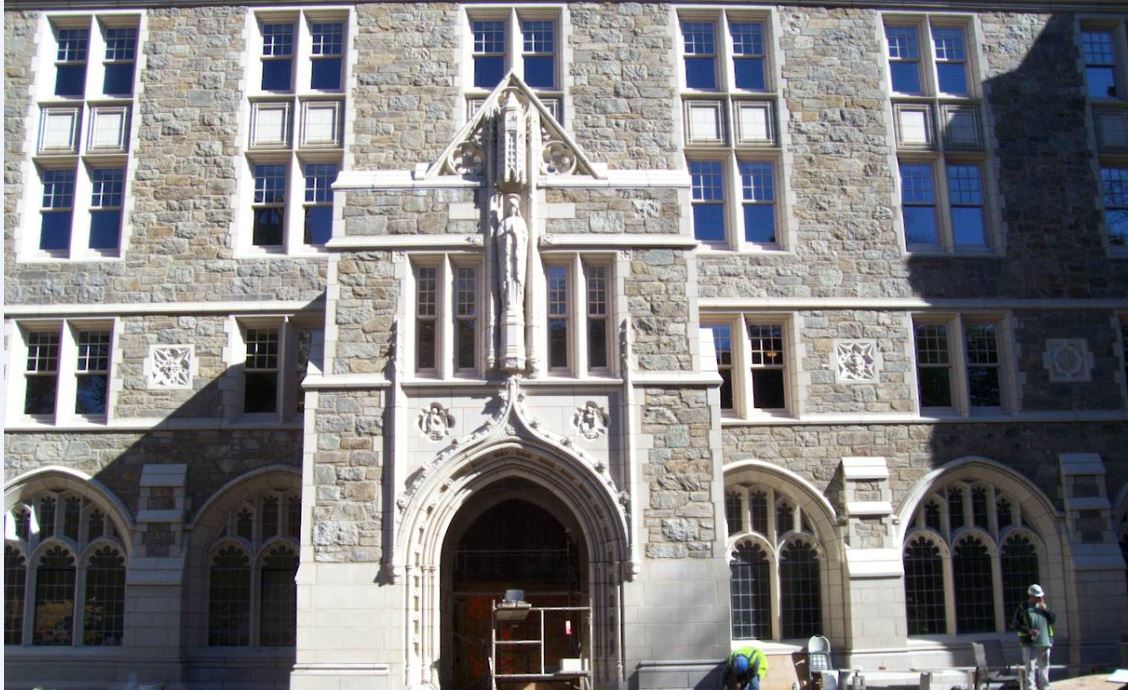 As the building's doors reopen early next year, visitors will once more face a façade in pristine condition – thanks in no small part to the craftsmanship of BPDL and the special replicating qualities of its cast stone pieces.