In 2008, The Port of Sept-Îles decided to build a new wharf for the cruise ships travelling along the St-Lawrence River. The Quai des Croisières allows large ships to dock directly at the Port of Sept-Îles, right downtown, enabling tourists to visit the region. 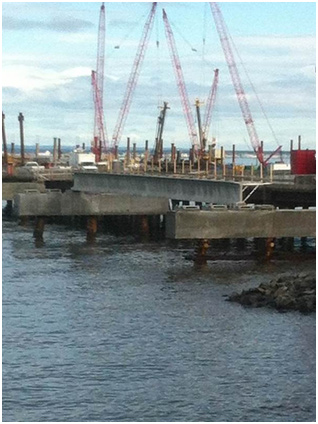 The cruise ship wharf, made up of a main dock and three mooring dolphins, is more than 310 metres long and can accommodate large cruise ships. The various elements are linked by metal gangways to the main dock, allowing different crews to dock the ships in complete safety. 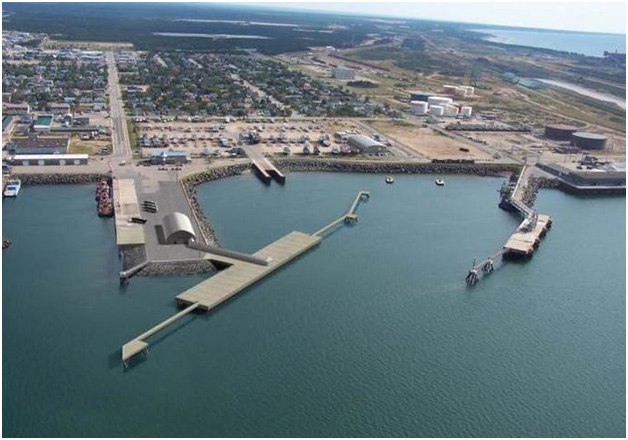 The main dock is composed of precast concrete girders resting on tubular steel-driven piles with nodes that were cast in place. Precast slabs were placed on top of the girders after all the nodes were secured. At the end, another slab was cast in place on top of the previous slab to complete the dock. Béton Préfabriqué du Lac (BPDL) supplied all precast for this project which was shipped by barge to the construction site. 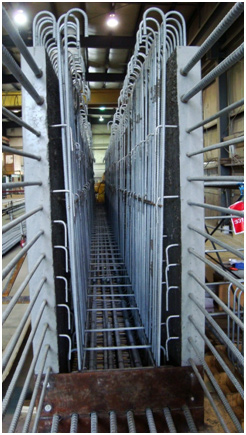 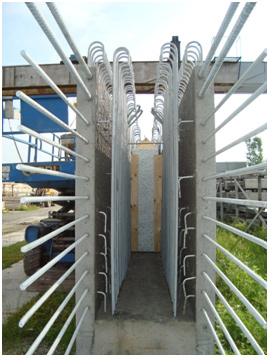 Two large crawler cranes (225T and 300T) on barges were used to allow piling and erection at sea. This project included 46,000 square metres of dragging to allow ships to berth at the new cruise ship wharf.

Pomerleau, the general contractor for this project, employed both boldness and resourcefulness in its preference to undertake the construction of the concrete structure of the main dock with the aid of precast concrete. This method of construction led to a cost reduction of more than 10%.

The project started in mid 2009 and on September 30, 2010, the dock was functional. Just in time to welcome its first cruise ship on October 4. With the help of precast concrete, the project was completed on October 30, 2010, two months earlier than the completion date set out in the initial contract.