The 430,000 sq. ft., $379 million Waterloo Region Consolidated Courthouse, is part of the province’s initiative to create a more modern, effective and accessible justice system. The multi-storey Waterloo Region Courthouse consolidates the Superior Court of Justice and the Ontario Court of Justice, a first for the province of Ontario. Construction of the project began in March 2010 and was completed in the spring of 2013. 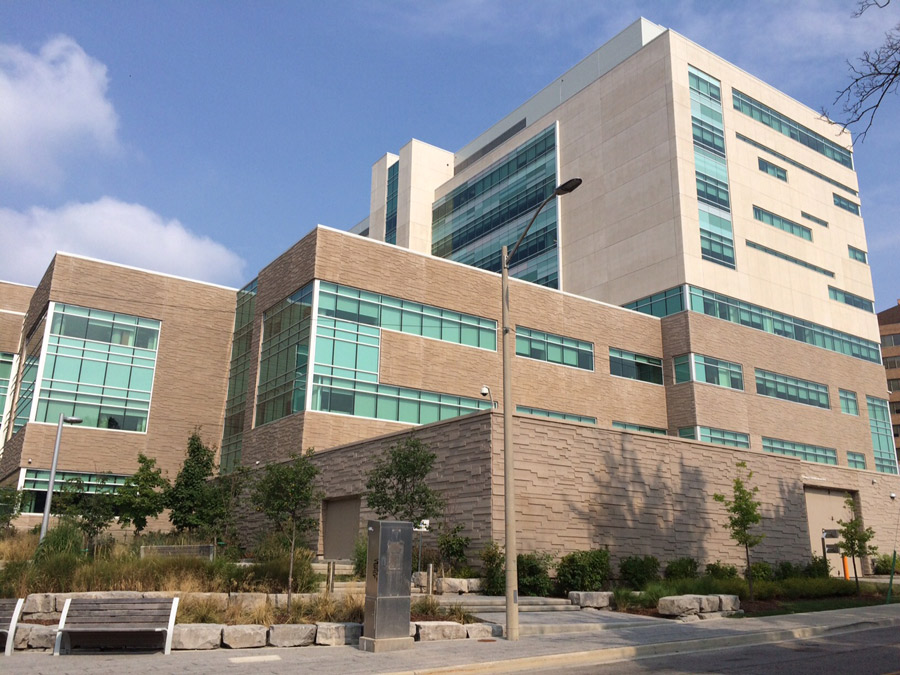 The state-of-the-art facility was designed by architects NORR Limited to meet LEED Silver standards for energy efficiency, healthy indoor environments and reduced greenhouse emissions. Located in the downtown Kitchener's Market District, the design incorporates a Grand River theme with natural forms of the gorge extending through the interior while the exterior features stone, zinc and precast concrete. 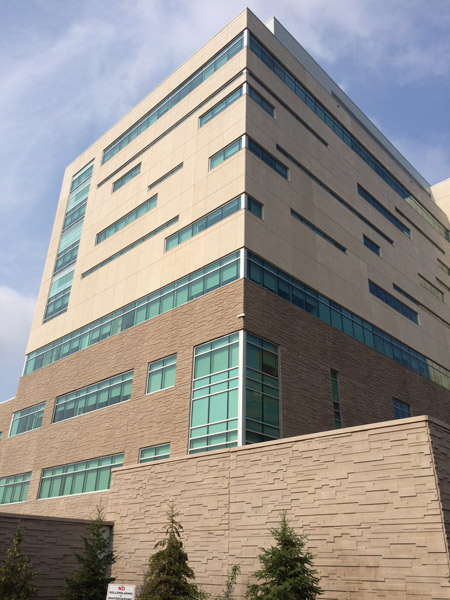 According to the project manager, Bob Kushnir at NORR Architects, “the design conceptually relates to the natural features of the Grand River Valley. To reflect this, the courthouse has very horizontally oriented architectural components presented through the stonework and windows. There are striations of pattern in the precast panels, and window patterning. These are complemented by curvalinear floor patterns which mimic water courses.”

The precast concrete manufacturer, RES Precast, used high-reuse elastomeric formliners from Architectural Polymers to achieve the contemporary look with superior energy efficiency. Over 600 pieces of insulated precast panels containing a random stone pattern were achieved with the use of the rubber formliners. The largest panels supplied for the project weighed over 20,000 lbs. The lower portion of the building with the random stone pattern is a brown colour and the upper portion is an off-white colour. 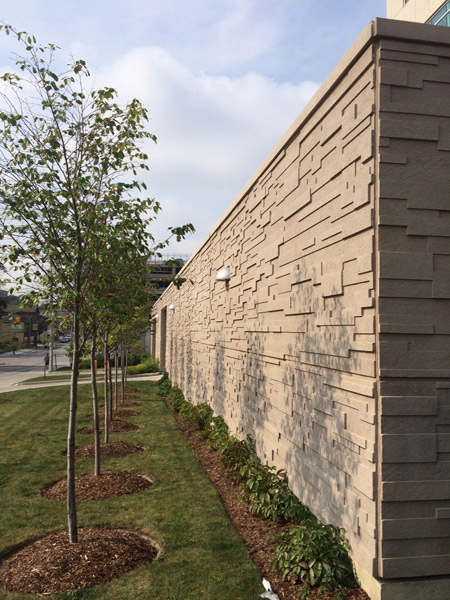 Precast concrete was used primarily for the speed of construction, aesthetics, stringent safety requirements and commitments to meet LEED requirements. This new courthouse not only carries on an important piece of the city’s heritage, it also supports the thriving legal cluster that makes its home downtown. 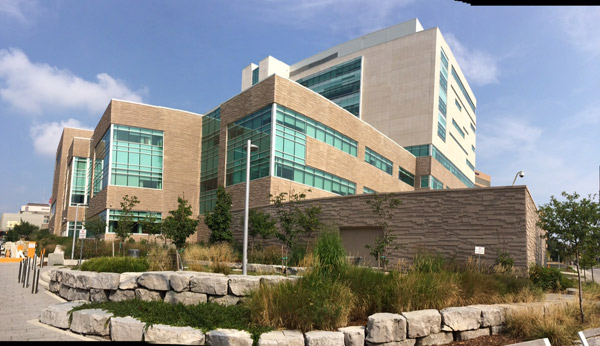