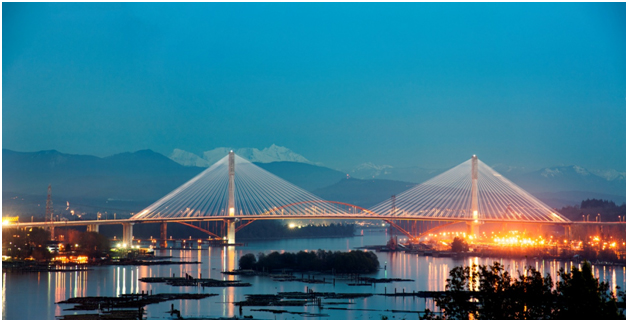 Back in the 1960s, the Coquitlam-Surrey area outside of Vancouver was home to some 800,000 residents. Since then, the number of people cramming themselves into the area between the mountains and the sea has mushroomed. Today, 800,000 vehicles a week travel across the original five-lane bridge over the Fraser River that connects the two. When the new Port Mann Bridge project is completed, the bottleneck will be significantly reduced – by as much as half. Ten lanes of traffic will begin to use what will be the second largest bridge in North America, with twin deck towers rising 160 metres above the water. It will also be the continent’s longest cable-supported bridge (at 850 metres) and the world’s widest bridge, measuring 65 metres from side to side. 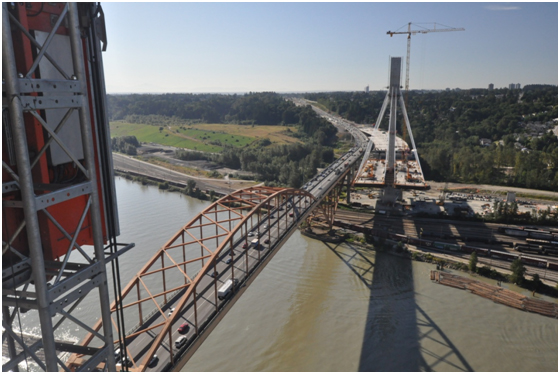 David Goodyear is T.Y. Lin’s chief bridge engineer (for North American operations). Precast concrete deck slabs won out for use on the main span, he says, “because, in a general sense, it’s just the most economical cable-stay bridge these days – a composite deck structure with steel framing and a precast panel deck. We boiled (the plan) down to that type of superstructure very quickly. Part of the beauty of precast deck slabs is that they are very economical and very durable, and are an ideal structural element for a composite bridge like this, which is why everybody uses them now.” 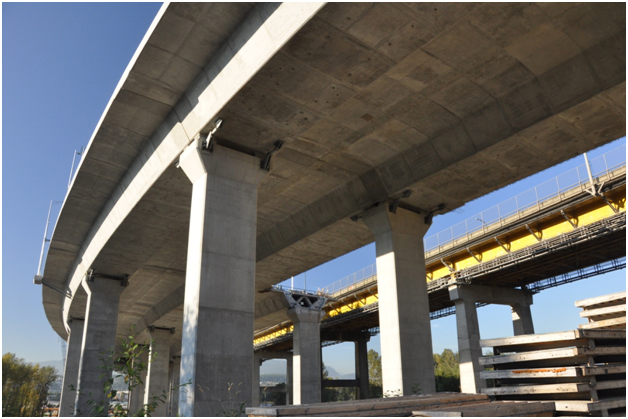 Precast panels
The project included 1,164 precast deck panels and 187 cantilevered sidewalk panels, all supplied by Surespan Structures Ltd. Deck panels varied in size from 4.24 m2 to 7.87 m2. Most of the panels were approximately nine metres long. They were unusual in that they incorporated over 10 per cent reinforcing – about 2,700 kilograms of reinforcing steel in each versus the more typical five or six per cent – to account for the live, dead and seismic loads to which the bridge is subjected. 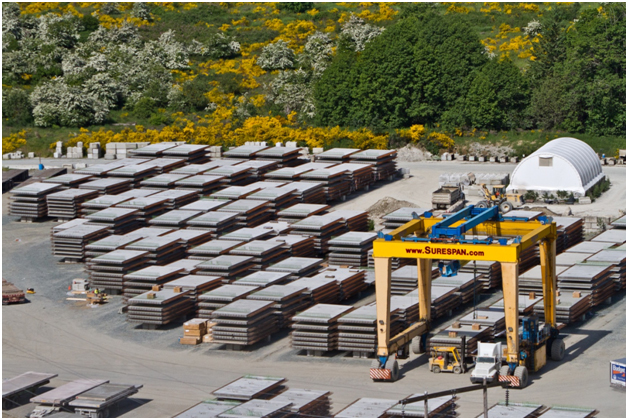 Harry Delange, Surespan’s precast project manager, notes that the panels had rebar projecting out of four and sometimes five panel surfaces. “That aspect made it a challenge to cast the panels in an efficient way. We had to get very innovative, and we did a lot of design and development around it, and we figured out a form system that would click. I did the whole thing with my foremen in less than half an hour, taking it apart in about 10 minutes and putting it back together again in another 15 because of the way we designed it with hinging and speed-thread bolts.” The company produced all of it in a 200-foot-long shop with three overhead gantry cranes and over 40 employees tying rebar and casting panels. 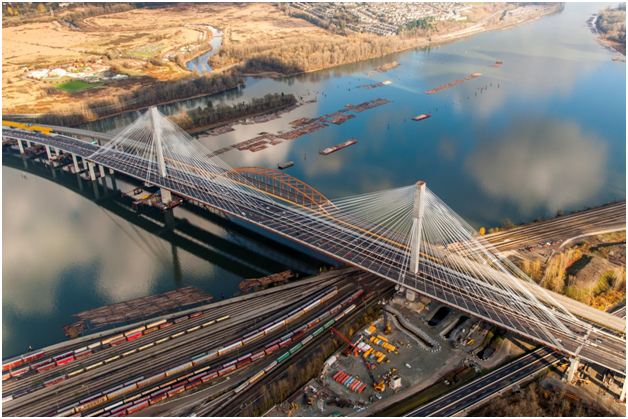