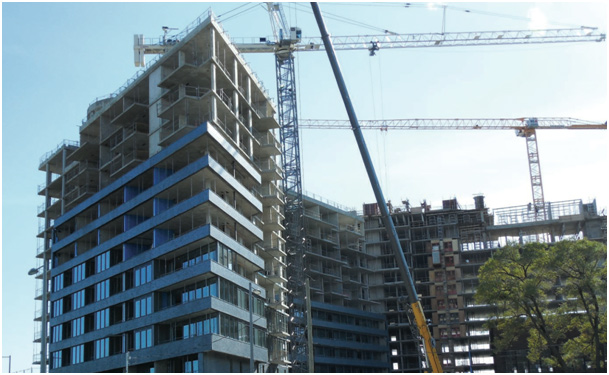 The 2015 Pan Am / Parapan Am Games will soon put Ontario on the world stage, and it's a stage the precast concrete industry is playing a crucial part in building.

Launching in July, 2015, the Games will be held within new and renovated venues throughout the province, many of which feature precast concrete components in their design. This includes the CIBC Pan Am / Parapan Am Athletes' Village, the future home to over 10,000 athletes and event personnel, and a focal point for the city's new Canary District. 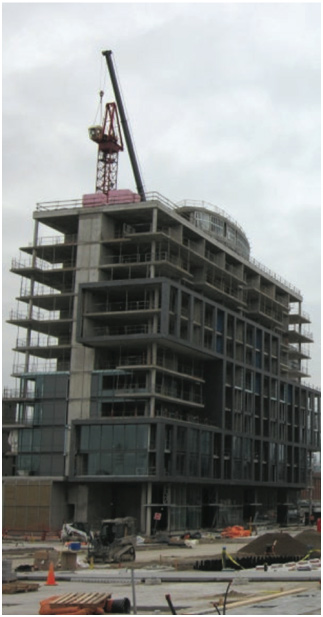 Anchored at Front and Cherry Streets, Canary District will evolve into Toronto’s largest urban village with thousands of new condominiums, the 17.3-hectare Don River Park, retail, dining, sports, art and culture. Designed by an international, star-studded team of architects as an eco-friendly LEED Gold destination, Canary District will catch the eyes of the world as it transitions from a home for athletes participating in the 2015 Pan / Parapan American Games into a celebration of life and nature, family and community. 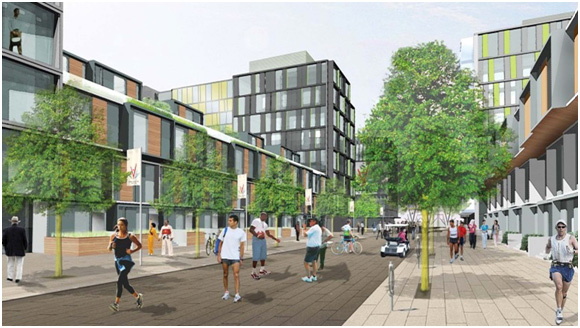 The $1.4-billion development is taking shape across 32.4 hectares of Toronto's West Don Lands east of the Distillery District, and includes the revitalization of Eastern Avenue and Cherry Street; the construction of market condominiums, rental accommodations and George Brown College student residences; and the development of a new, 7,618-square-metre YMCA.

RES Precast Inc. is one of the partners working with EllisDon on the construction of the Athletes' Village. The Innisfil-based precast manufacturer has supplied approximately 60 different components to Blocks 1 and 14 of the YMCA facility and approximately 1,000 precast concrete wall panels to Blocks 4 and 11 of the Athletes' Village residences. The latter required casting 1.27-cm thin brick “soaps” into the face and returns of the panels to give the accommodations a look in line with the trendy, historic district. 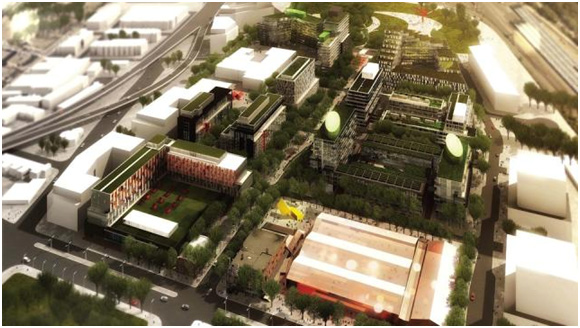 According to Malcolm Hachborn, former chief engineer at RES Precast and now head of his own precast consulting business (M.E. Hachborn Engineering Ltd.), implementing precast concrete with face-cast brick cladding brought a number of advantages to the team. For instance, traditional masonry would have required extensive heating and hoarding, which in turn would have incurred considerable cost with this winter’s colder-than-average temperatures. Considering precast concrete is cast indoors, that expense was avoided. "It's all done in the plant and it doesn't take specialty personnel to do because it's simply putting the brick 'soaps' into a formliner,” explains Hachborn. “Additionally, the erection can proceed regardless of the weather. That makes it very straight forward."