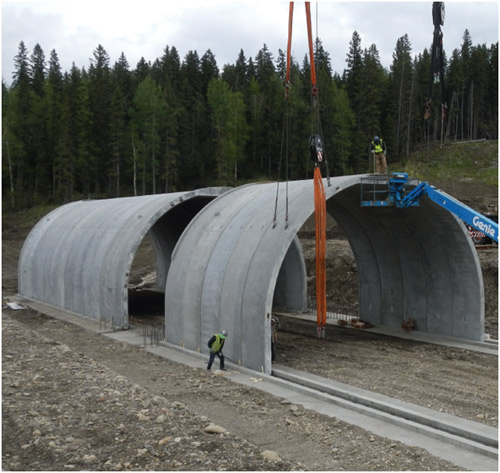 Alberta's wildlife has a crossing to call its own thanks to a new animal underpass for the Red Deer North Highway Connector Project (NHC). And the city, in turn, can boast an impressive underground infrastructure solution that promises to stand the test of time. Completed in November 2012, the $3.96-million underground passage is part of Red Deer's NHC infrastructure initiative, which seeks to provide commuters with a multi-lane bypass route around Red Deer linking to major highways. 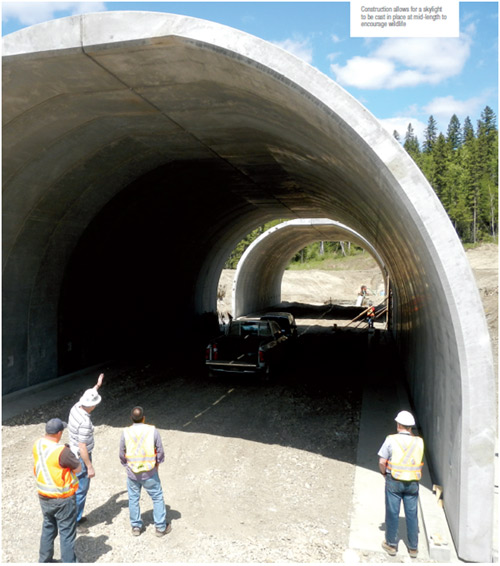 It was decided early on that important wildlife corridors would be traversed by the new multi-lane highway. “During the functional design phase for the North Highway Connector Project, a study was undertaken to determine the presence of wildlife corridors that may be crossed by the project,” explains Ken Haslop, major projects engineer with the City of Red Deer. “It was determined that there was sufficient wildlife in the Red Deer River Valley to warrant special accommodation as part of the project.” 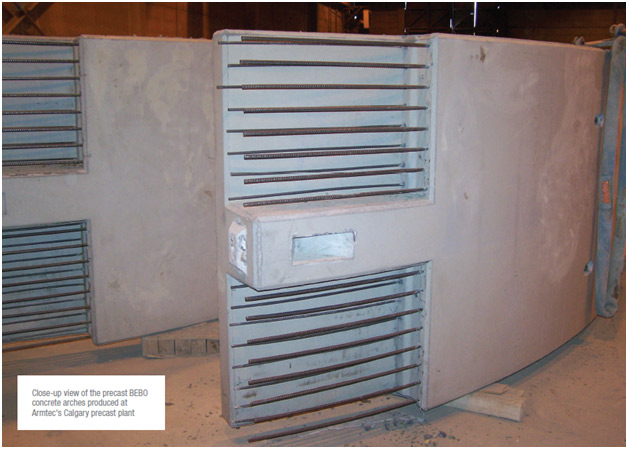 Innovative approach
While not the first wildlife underpass in Alberta, the North Highway Connector Animal Underpass is certainly the most innovative. The underground structure measures 11 metres wide, seven metres tall, and stretches 60 metres in length. It employs a BEBO precast concrete arch structural system – developed in Switzerland – which utilizes soil-structure interaction to result in lightweight, durable and economical structures. Produced at Armtec's Calgary precast plant, the BEBO arches allowed engineer Stantec Consulting Ltd. and contractor Timcon Construction Ltd. to develop an underground passageway that could withstand overhead and environmental conditions, and contributed to a speedier construction. “BEBO arch structures represent a modern refinement of one of the oldest methods of supporting large loads with structural arches,” says Bill LeBlanc, business development engineer at Armtec. “The system takes advantage of design optimization using finite element software and the beneficial effects of considering soil/ structure interaction.” The benefits of the BEBO system are indeed numerous, continues LeBlanc. The arches represent a perfect example of infrastructure meant to last – falling in line with one of the basic tenets of the Canadian Precast/Prestressed Concrete Institute. “The inherent durability of the BEBO product should ensure that it will have an extremely long service life with a minimum of maintenance and replacement costs, and the associated negative environmental effects that work would cause,” notes LeBlanc. 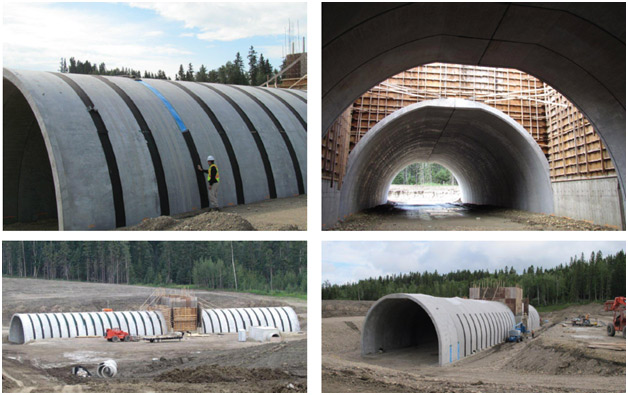 “The construction of the wildlife structure went smoothly and relatively quickly, with all precast concrete arch segments being delivered to and erected on-site in a consistent manner,” notes Haslop. “The final product looks very good and is a feature that we hope Red Deer citizens will be proud to see and use in the future.”