UBC PROPERTIES TRUST recently opened a new student residence, Ponderosa Commons, for occupancy. The striking look of the modern building, with its unique cladding, is thanks to the innovative design work from the joint-venture team of Hughes Condon Marler Architects and KPMB Architects out of Toronto. The building is an impressive new addition to the University of British Columbia campus. 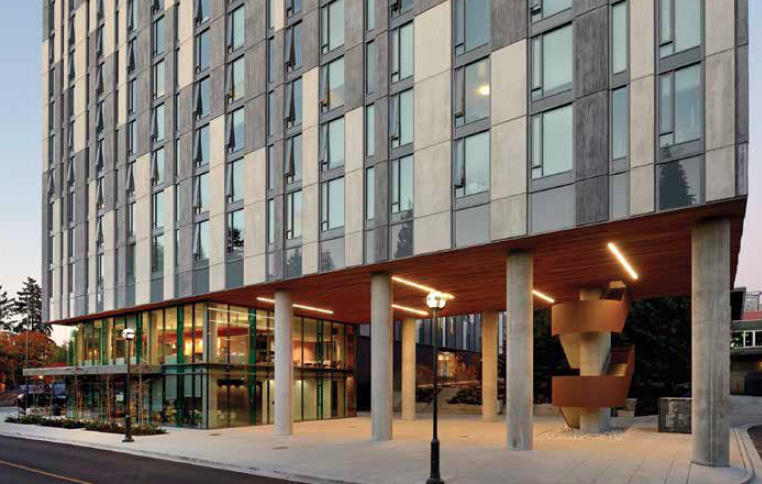 The cladding itself was designed by SureClad Concrete, a subsidiary of Surespan Structures Ltd., and it is particularly notable because it deployed insulated precast panels.

“Precast, of course, has been used as a cladding in the past in British Columbia, but not so much as a fully insulated system. So this was the first time that precast got a chance to compete as the window wall replacement,” explains Surespan vice president Jason Kearns.

The most significant feature of the panels is that they are so thin. Both the exterior and interior thin wythes were designed with two-and-a-half inches of concrete sandwiching a layer of insulation three inches thick. This adds up to a total thickness of just eight inches.

“In fabrication, achieving cover of the reinforcing material inside with such a thin cover meant we had a lot less real estate to locate the embeds, the mesh and all of the other materials that we had to squeeze within that two and a half inches while still maintaining cover,” says Kearns.” The solution  as to employ stainless steel mesh on the outside and galvanized mesh on the inside. 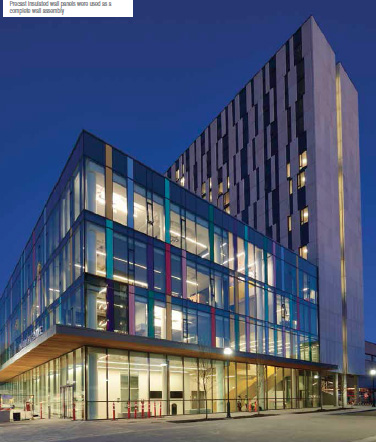 Careful planning
Getting the panels to the site also required careful planning. “The exterior wythe is an architectural face with a liner finish,” explains Kearns, “so storing and shipping these pieces required care for both the texture and colour. They were stacked on pallets instead of dunnage, using foam spacers and limitations on stacks to prevent breakage of the face or compression of the foam. Panels were shipped flat to avoid vibration and mitigate concerns about breakage. (They) were rotated into place using a bracing system and a forklift for the same reason.”

Richard Aarestad, senior project manager for the project’s construction manager Ledcor, says a lot of pre-planning was needed to ensure the system would work as planned. This included doing 3D models, then miniature mock-ups, and finally in situ mock-ups. “Once we’d completed those, the bugs got worked out, and everything started to come together,” notes Aarestad.

The erection stage posed yet another challenge, in that within the two-and-a-half-inch internal way, there was only 50mm of bearing to land on, making tolerances critical. 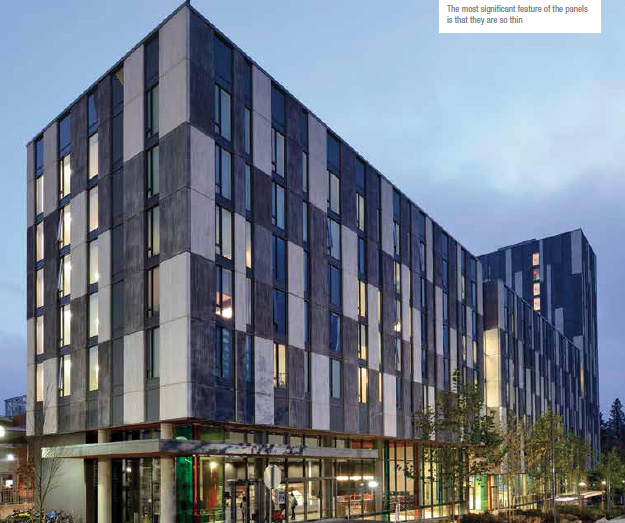 “The way we did it,” details Kearns, “was by attaching metal brackets to the form of the embed holder where we connected to the building so that they would have a very tight tolerance. When we went to hang the panels, we had to survey a location for the hardware, which had some adjustability within it. Some tolerance was for seismic reasons and some was for install tolerances, so we had to always make sure that we weren’t using the seismic tolerance. Just because the panel fit didn’t mean that it was in a good location.”

In the end, it was somewhat of a learning experience for all involved. “We found in the first phase,” notes Karen Marler, principal, Hughes Condon Marler Architects, “that we probably weren’t as rigorous in maintaining as few panels as we could (have), and there ended up being some cost drivers there. So there was a significant learning curve for the design team.” 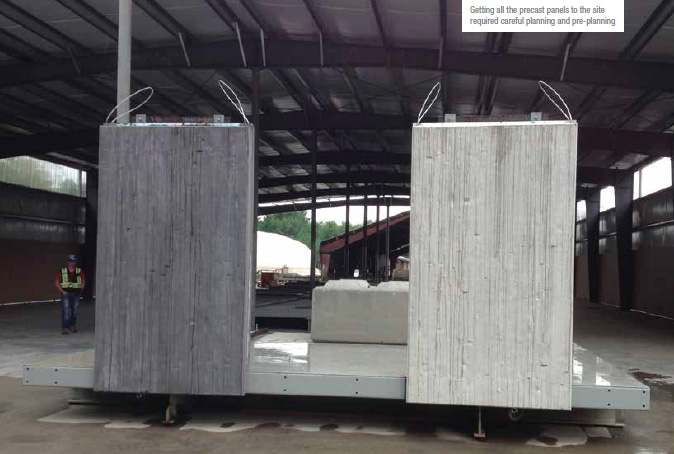 Impressively, the first building overcame a two-month delay by using precast, while those found efficiencies helped the second open an incredible eight months ahead of schedule. It was not only a job well done, but a job done quickly and efficiently.