Extending Highway 427 in the Greater Toronto Area was a key priority in addressing the efficient movement of people and goods within the context of the province of Ontario's Growth Plan for the Greater Golden Horseshoe. 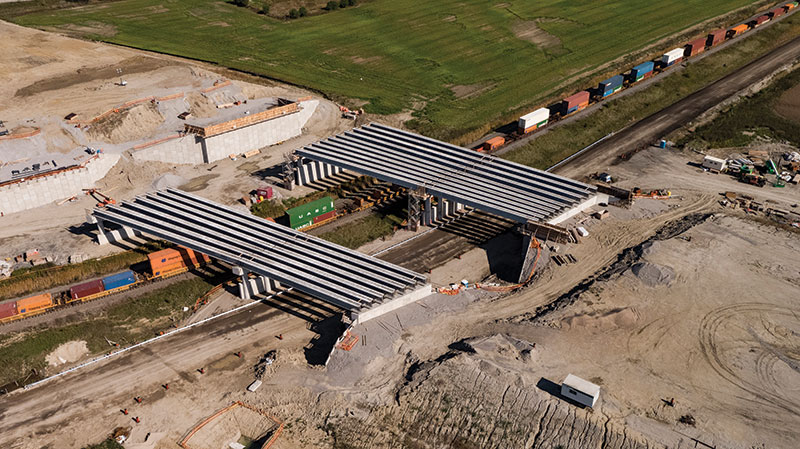 The Highway 427 extension provides economic benefits to the province by offering an enhanced freeway route into York Region, the Vaughan Business area and the CPR Vaughan Intermodal Facility. As an essential improvement to the province’s transportation network, the expansion delivers a much easier commute for residents of the area, and reduces traffic on other major routes. 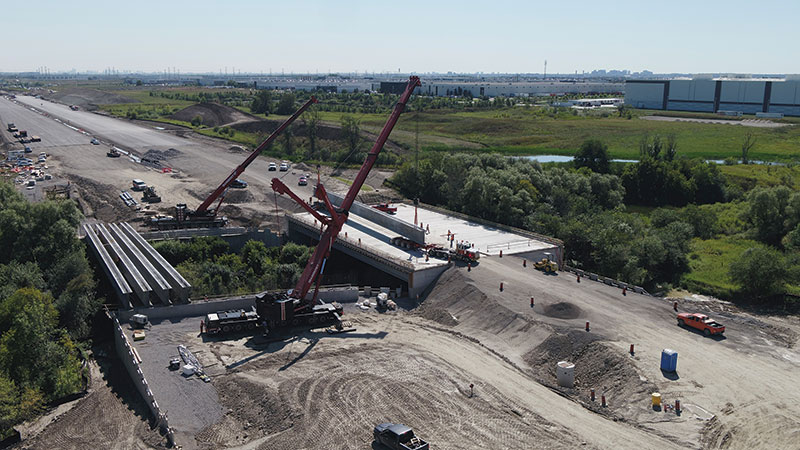 LINK427 is the consortium responsible for the design, construction, finance and maintenance of the Highway 427 Expansion. LINK427 is made up of an international team of designers and constructors, namely ACS Infrastructure Canada, Dragados, The Miller Group and BOT Construction. 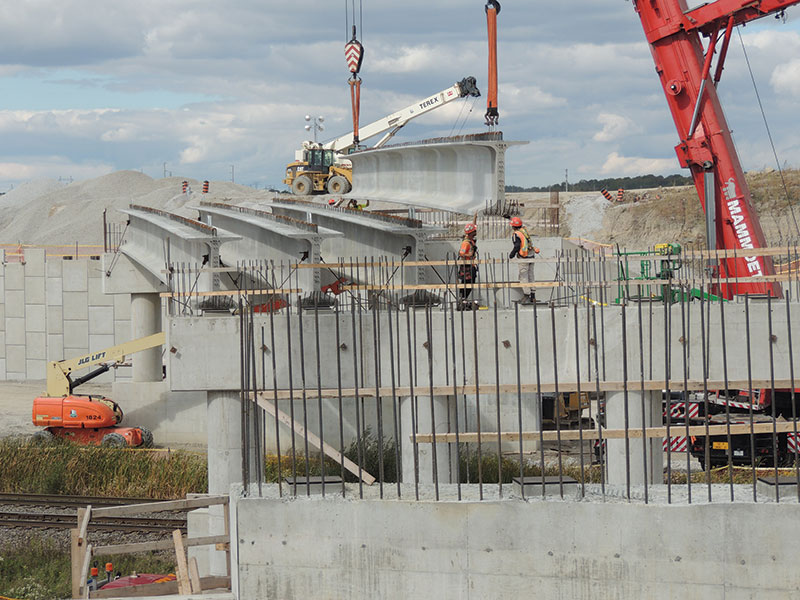 The 427 Expansion had no shortage of obstacles along the way: rivers, creeks, ravines, railways, and other roadways. Consequently, DECAST supplied a wide variety of girder shapes and sizes. As of early 2020, DECAST supplied a total of 223 precast concrete girders of various sizes/designs, from types CPCI1200 to NU2400, with weights ranging from 15 tonnes to 83 tonnes, and spans from 19 metres to 50 metres, supporting precast concrete 90 millimetre deck slabs. 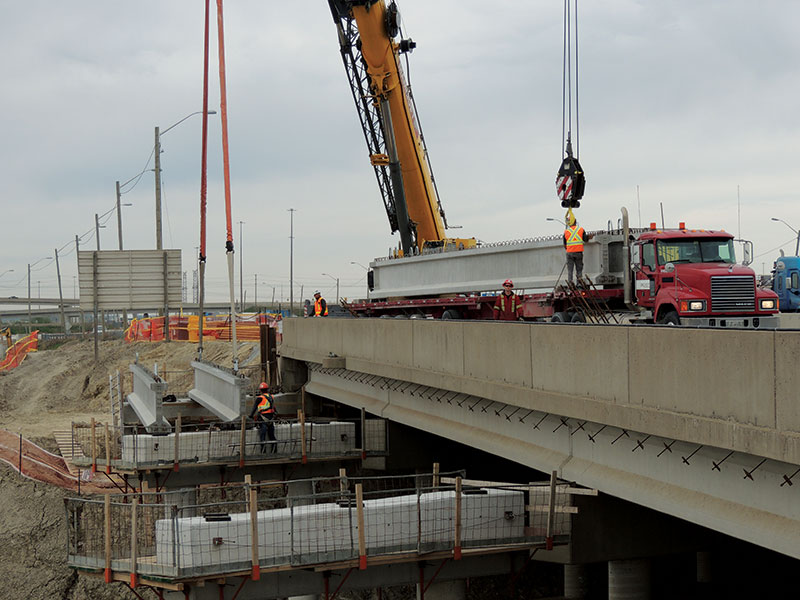 A precast concrete modular bridge system was put in place for part of the 6.6 kilometre expansion. The bridge consists of 22 precast concrete pieces spanning 15 metres and weighing 32 tonnes, and a headwall that weighed 35 tonnes, all placed remarkably in one day. Additionally, DECAST's retaining wall system called GRAVIX® was installed on this project for wingwalls. 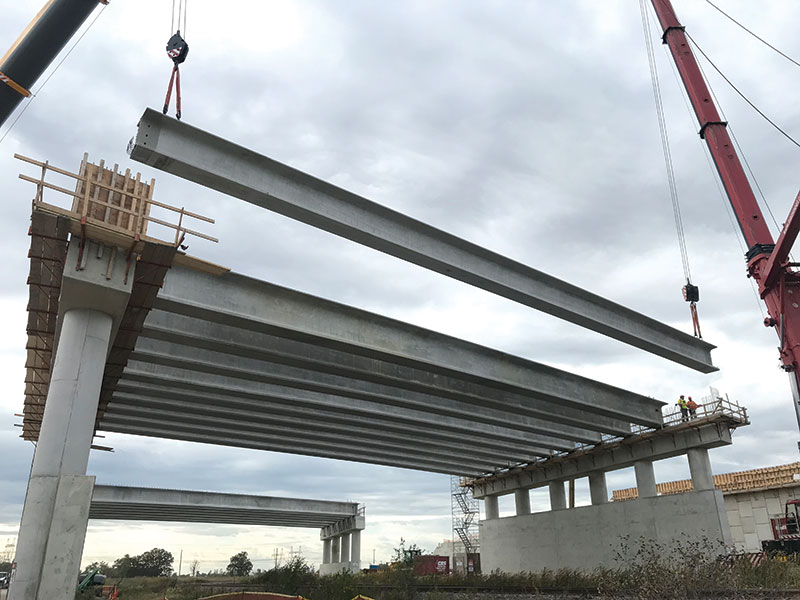 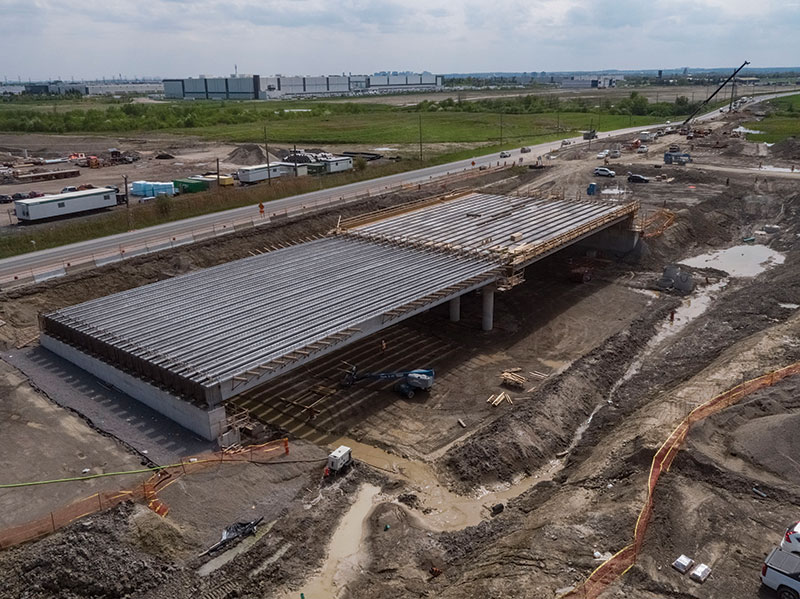