When our firm, Jackson McCormick Design Group Inc./Todd Jackson Architecture Inc. [JM], completed a new 380 square metre [4,100 square feet] precast concrete home on a remote 65-hectare [160 acres] site bordering Crown Land along the Rocky Mountains, it was the first fully precast concrete home we had ever designed. Working with Eagle Builders LP of Blackfalds, Alberta, the project delivery that was utilized was a mixture of construction management and small‐scale integrated design. 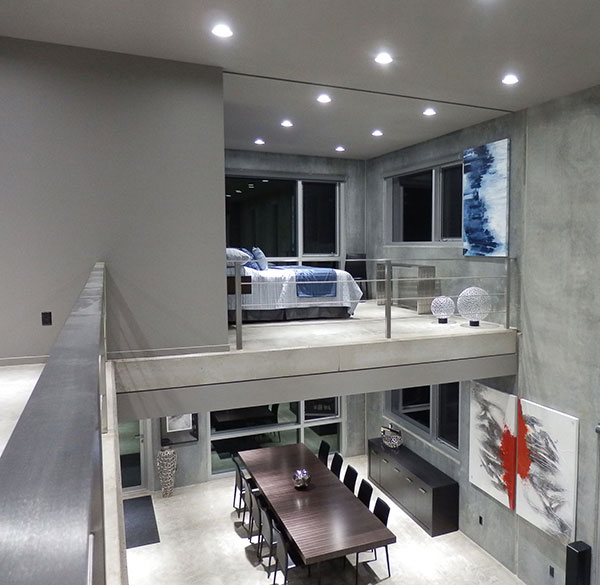 From the first discussions with the client, the priority of durability and low maintenance was made apparent. The home had to withstand exposure to the elements as well as to birds and insects. Other buildings in the area were often covered in woodpecker holes within a season or two after construction. 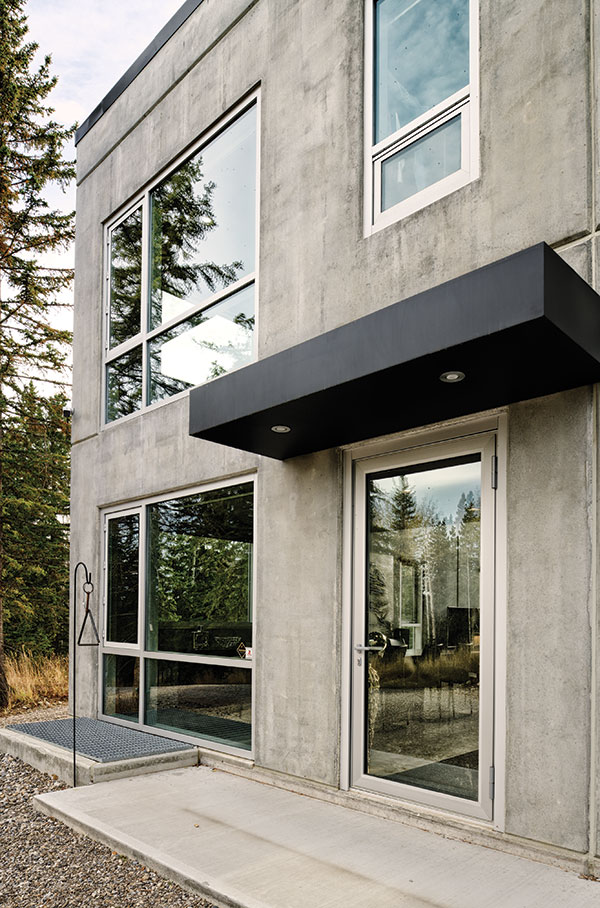 The decision was made early in the design process to explore the use of precast concrete panels. The quick erection time and long‐term durability made it the leading choice of building system. Additionally, both the client and JM had an appreciation for the look of concrete. This allowed the concrete to become a major feature in the overall aesthetic. The team didn’t want to create a concrete house that didn’t look like concrete. There was an overriding need to be honest with the materials used in the house. Since the house fell under Part 9 [Housing and Small Buildings] of the Alberta Building Code, the mechanical and electrical portions of the design went the Design‐Build route. The preconstruction design meetings with the architect, client, builder, precast supplier, and HVAC and electrical contractors identified details such as the size and location of mechanical and electrical penetrations in order to have them integrated into the precast concrete pour and to minimize any onsite coring. 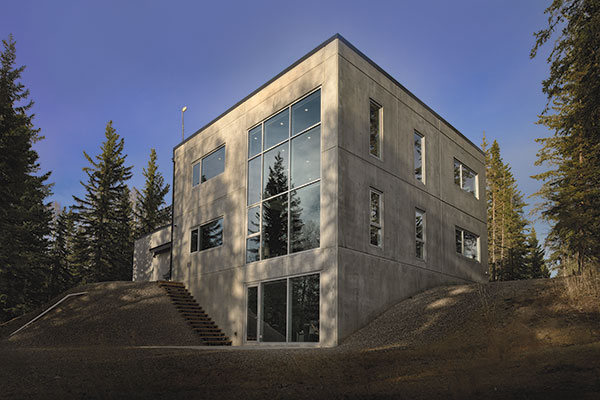 After several meetings and iterations, a detailed markup set was prepared by Jackson McCormick and coordinated with Eagle Builders LP for integration into their production shop drawings. Construction was scheduled to start in late fall. The use of the precast concrete wall system below grade as well as for the superstructure allowed the excavation to be completed and footings to be poured while the walls were curing at the Eagle Builders LP facility. Due to the remote location, it would have been extremely unlikely that a standard foundation/cribbing system could have been completed early enough to allow for the building to be closed in prior to the first snowfall.

One of the main challenges presented by using precast concrete had to do with site access. The main road accessing the site was a secondary roadway, and the driveway to the house had only recently been cut through the trees. Delivery scheduling required careful planning. Eagle Builders LP used a precast concrete floor and roof system with integral insulation, similar to that used on large commercial projects. All of the floors have radiant heating. The floor members were erected with the walls to provide a working platform. Hydronic lines, electrical and plumbing rough-ins were installed, followed by a poured top layer added. Ductwork supplying additional heat and air movement was run in drywall ceiling bulkheads. The house and garage walls use 100 millimetres [4 inches] of extruded polystyrene [XPS] for an R20 rating. The precast concrete roof members also have a built-in R20 insulation level and additional expanded polystyrene [EPS] on top for an overall R45 to R50. 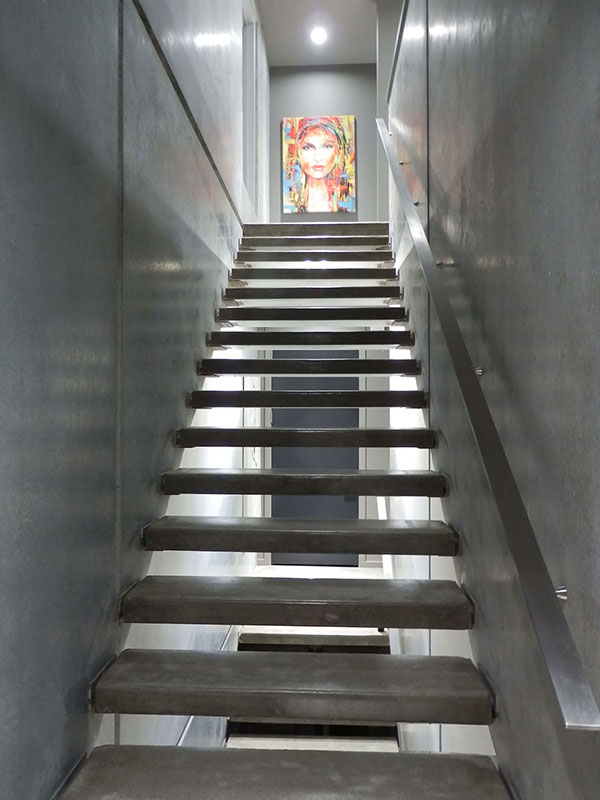 In all, it took Eagle Builders LP just four days to erect the walls, floor and roof. On the fifth day, the precast concrete stairs were installed and the basement walls were waterproofed. A little over a month later, the roof was completed, the windows were in and the temporary heat was on. With the exterior envelope essentially completed, trades could work in the warmth of the indoors, regardless of the weather outside. The lower construction cost of the house, about 40% less than the cost of a custom home in Calgary, is attributed to lower labour rates in rural areas, and to using precast concrete construction with the concrete finish left exposed on both the interior and the exterior. 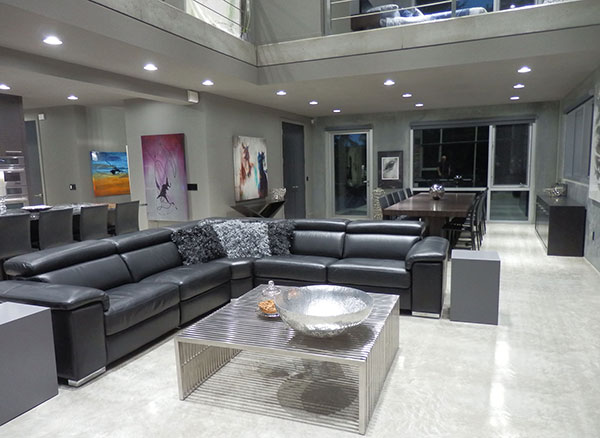