During the visualization and preparation of the designs for the residential towers we selected material components and a colour palette to animate the buildings which are visible from several vantage points. The Point Towers was originally designed as a cast-in-place concrete structure with precast and window wall cladding, but during the design phase the client requested that we move to a total precast building starting at the fourth floor, with the podium up to the third floor remaining as cast-in-place. 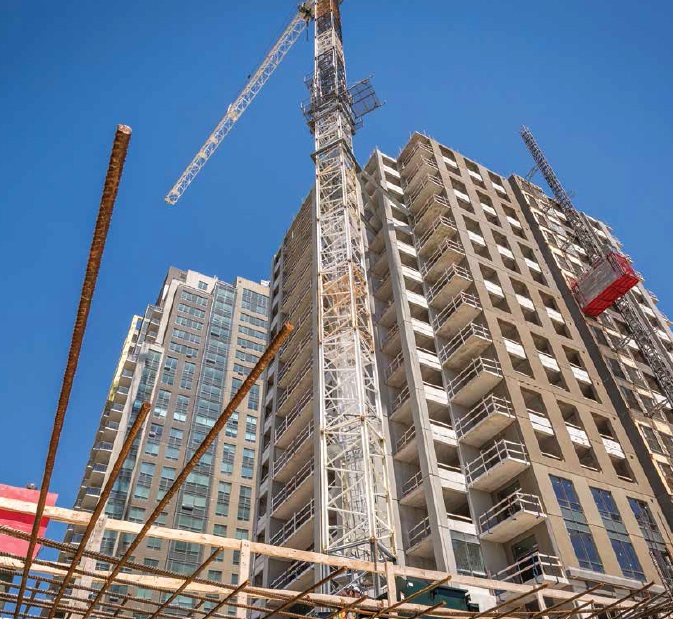 Turner Fleischer Architects worked closely with HGS Consulting Engineers to ensure that the design intent was maintained. One affected detail was the precast concrete panel at the window wall spandrel panel. Exterior wall panels needed to be adjusted during the coordination phase to simplify fabrication and installation. The recessed portion of the panel allowed for the panel to be fabricated to meet HGS and precast concrete supplier
Stubbe's requirements while accommodating the installation of the spandrel bypass panel and thus maintaining the design intent. 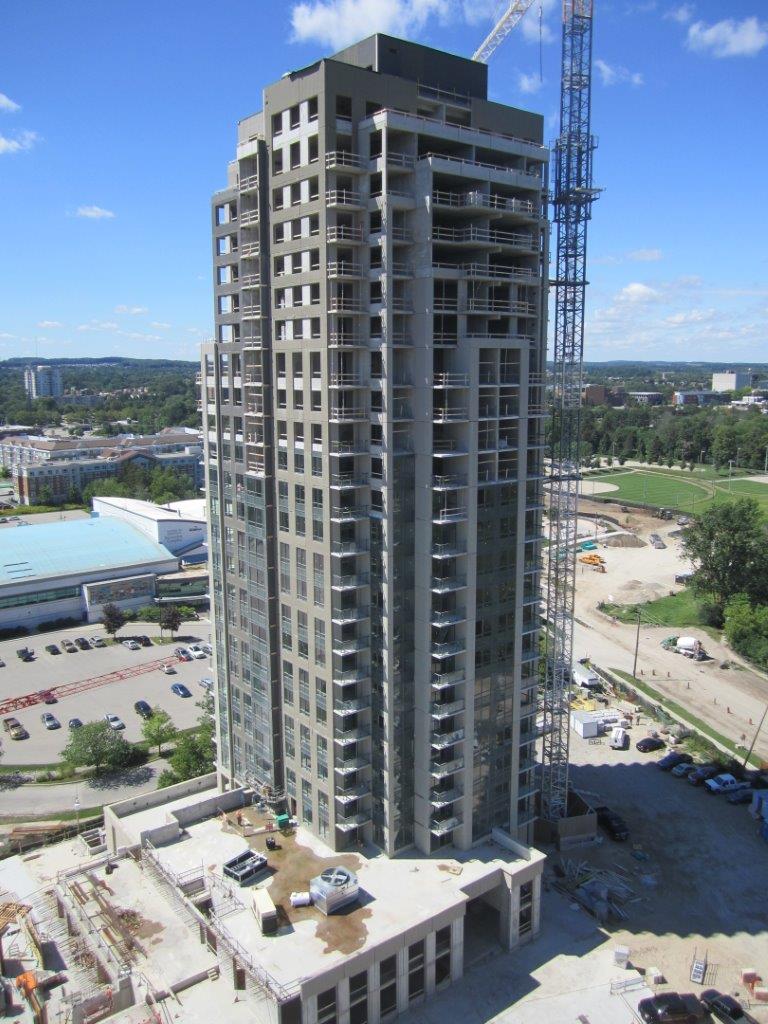 The switch to precast concrete

The transition from a cast-in-place [CIP] to a precast concrete building was fairly easy on this project. Most of the time we would run into problems transferring the loads from the tower through the podium to the footing. In this case we left the podium as CIP, meaning that the CIP slab at the third floor was designed to support any offsetting line loads coming from the tower. This allowed us to proceed with an efficient total precast structure without having to make major design changes to either the podium or the tower. The podium was then clad with thick precast concrete panels imprinted to give the look of masonry veneer, as originally envisioned, to maintain a uniform look on the exterior facade. This achieved the depth and appearance in one product while using one less trade.

To maintain an efficient panel size we recessed the portion of concrete between the windows at the floor levels to allow the glazing to extend continuously through the floor levels. This allowed us to achieve the look of the two-storey high windows as the architect intended. 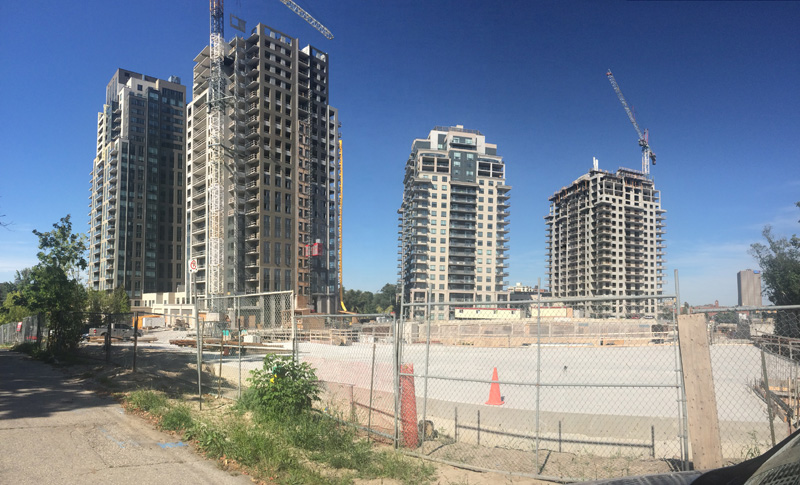 Design for seismic and wind loads

The two towers are total precast structures including all walls, beams, columns and slabs from the podium level up to the roof. The challenge was to analyse and design the components and connections to withstand seismic and wind loads in addition to the standard gravity loads. Special connections were developed to achieve that including some specially HGS-developed connections to transfer the diaphragm forces from slabs to walls.

The CIP load-transfer slabs were also poured in two corners of the
20th level to support wall loads where the building face was offset. The design also called for support for only one end of the corner balconies. We looked at extending the walls or providing out riggers on the walls to provide support for both ends of the balconies, but these options did not suit the architectural vision of having open corners and unobstructed sight lines in both directions from the balcony.

The solution came in extending the corner balcony slabs into the building. This provided enough support for both ends of the balcony slabs and acted as a counter balance for the cantilevered portion while meeting all of the architect's requirements.
The load-bearing exterior walls also posed a problem given the height of the tower and the number and size of openings through these walls. The end walls were designed as 305 millimetre- thick [12 inch] columns. This thickness had to be maintained for the height of the structure to allow the portion of wall between the windows to act as a column. This was achieved by supporting the floor slabs on steel angles wet set into the face of the panels at the plant. The portion of concrete between the windows then acted as columns.

Also there were some locations where transfer slabs/beam mechanisms had to be designed and detailed using exclusively precast components. A 3-D ETABS model was developed for each tower, with assumptions to allow for the precast solution to predict and compute the anticipated deflections and drifts under full lateral loads.
The architects were willing to accommodate all minor adjustments needed to switch from cast-in-place to precast concrete. At the end, the team managed to achieve all the goals including a record erection time shaving a few months off the predicted schedule previously established by the developer, having an erection speed of one floor a week as an average.