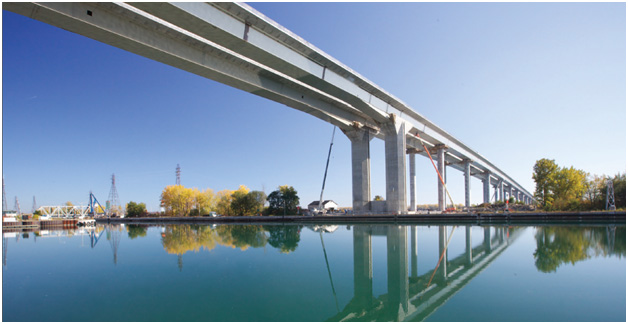 Quebec precast concrete manufacturers Béton Préfabriqué du Lac (BPDL) and Schokbeton became part of a Montreal milestone when they played a critical role in the development of the province's Autoroute 30, a record-setting infrastructure project designed to ease commuting times for the city's travellers. Originally conceived in the 1960s as Route 3, the Autoroute 30 initiative was launched to link the towns of Valleyfield and Bécancour with the industrial municipalities located south of the St. Lawrence River. Throughout the decades, however, the project grew in scope, gaining the “Autoroute de l'acier” moniker. It became a highly desired bypass route, alleviating congestion on Montreal's busy highways and consolidating a number of other highways into a more effective transportation network.

Canadian milestones
NA30 CJV and its partners also succeeded in achieving a few more Canadian and international milestones. For one, the project involved the use of precast girder beams measuring 45 metres in length – the longest beams of their type ever produced in Quebec. This was also the first project in Quebec to have precast deck panels used for the bridge deck. The slabs were produced by BPDL and the girder beams by Schokbeton. The installation of all precast concrete elements was done by Schokbeton. The use of the 45-metre-long precast girder beams used to build the bridge crossing the St. Lawrence, combined with the precast deck panels used for the two main bridges, was an optimal solution to building these two structures. The beams and slabs were erected easily and quickly, allowing for the concrete topping to be poured shortly after the precast concrete bridge deck was installed. As a result, the construction of the bridges was handled much more efficiently than would have been the case had traditional methods been followed. 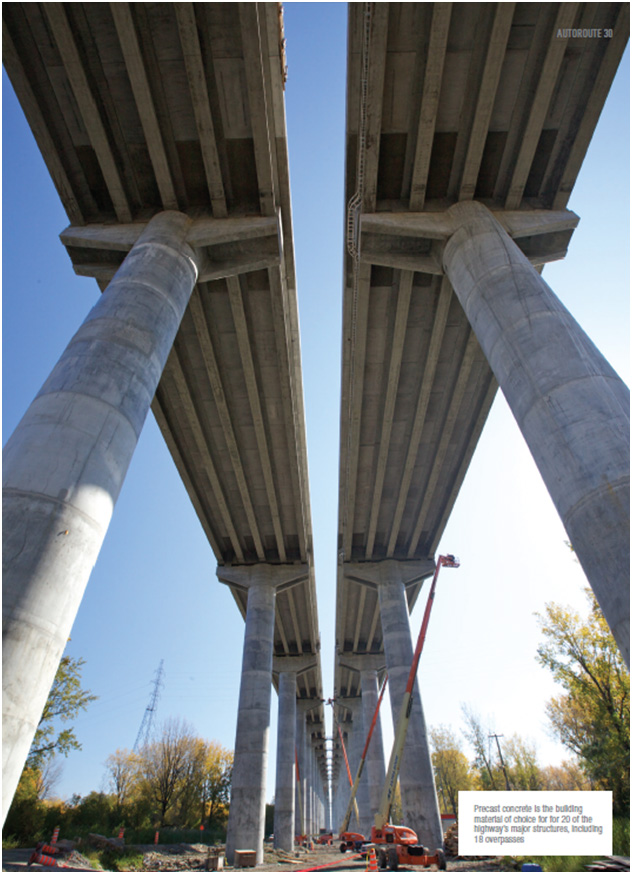 NA30 CJV's partners may have moved on to new endeavours, but their contributions to Montreal's Autoroute 30 will remain part of local residents’ lives for years to come. Thanks to the collaborative efforts of all those involved, Quebec is now home to one of the country's most ambitious infrastructure projects, and the precast concrete industry has laid claim to an internationally recognized success. 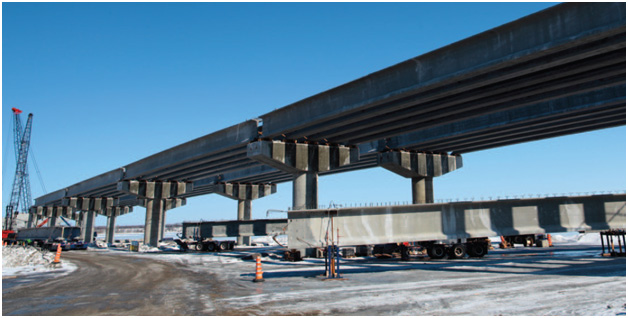 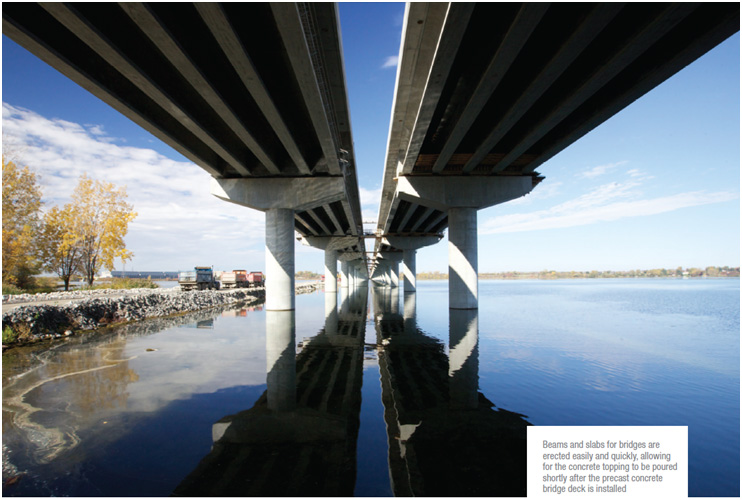