Construction is ongoing on a $718-million joint venture to twin Highway 104 in Nova Scotia from Sutherlands River east of New Glasgow to Antigonish. The thoroughfare, part of the Trans-Canada Highway, is one of the largest infrastructure projects in the history of Nova Scotia. 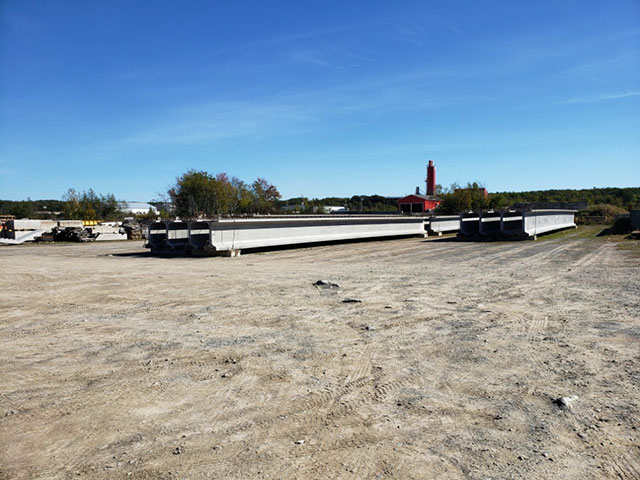 The project entails building 28 kilometres of a new two- lane twinned highway and 10 kilometres of new four-lane twinned highway, beginning east of New Glasgow near Exit 27 at Sutherlands River, and running east to just west of Exit 31. There are two new interchanges and 24 new bridges along the route. Crews are currently working on the project between Antigonish and James River which involves cuts and fills to construct a new roadbed with a driving surface and building new infrastructure.

The project has been in the works since 2015 when a review was completed on all highways in Nova Scotia and it was determined that the province should look at twinning a number of its 100-series highways to make them safer. A feasibility study was conducted and, after receiving input from the public, the province chose a route and P3 model for the venture. While there are varying P3 models to choose from, the province selected the Design-Build-Finance-Operate-Maintain (DBFOM) approach, and in July 2018 pared the number to three preferred bidders. An RFP was issued in early 2019 and the successful bidder was announced in the spring of 2020. 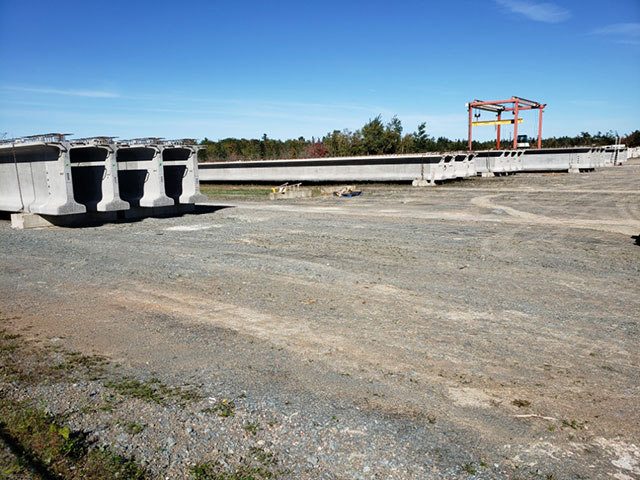 The Project was awarded in May 2020 to Dexter Nova Alliance (DNA), led by contractors Dexter Construction and Nova Construction. As a P3 project, DNA has taken on the responsibilities of Designing, Building, Financing, Operating, and Maintaining (DBFOM) the high- way for 20 years.

The highway will remain in operation while construction work is underway, further complicating the build. The plan is to first build the twinned portion of the highway and then flip traffic to the new segment to do the necessary repairs and repaving.

With this in mind, DNA chose New England Bulb Tee (NEBT) precast prestressed concrete bridge girders as their product of choice for the 22 bridges. DNA awarded the contract for 123 NEBT bridge girders to Strescon Limited in October of 2020. Prefabricated precast concrete girders are being used to speed up the construction schedule and keep the lane closure time down to a minimum.

The New England Bulb Tee (NEBT) has been specifically designed and approved for use throughout Maritimes and New England. These girders are designed with a universal form configuration available in five sizes depending on the loads, spans required and site conditions. The clear long spans, along with life cycle costing and low maintenance, make this section an excellent choice for river crossings and highway overpasses. 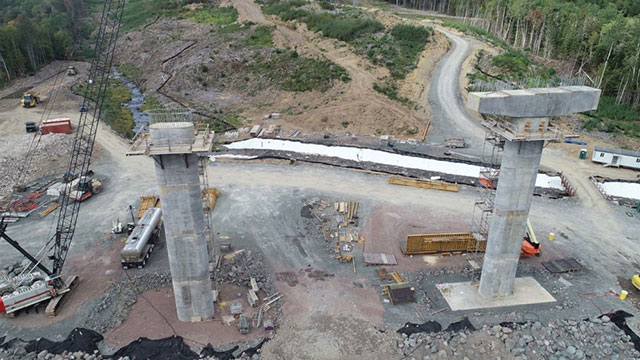 Nova Scotia Transportation and Infrastructure Renewal Minister, Lloyd Hines, believes the project will save lives and provide travelers and businesses with a high-quality highway for years to come. “A safe and efficient highway system is essential to the economic and social well-being of Nova Scotia. Our partnership with Dexter Nova Alliance will deliver on that goal.”