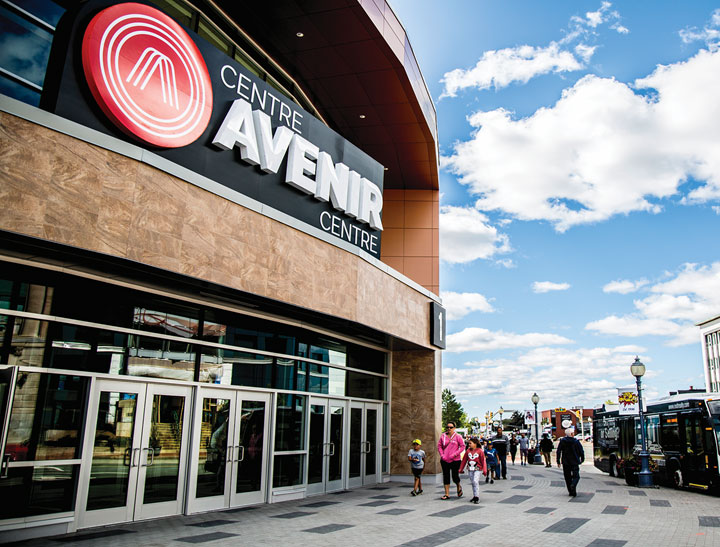 After almost a decade of studies, planning and construction, Moncton, New Brunswick’s new state-of-the-art arena, the Avenir Centre, officially opened to the general public on Saturday September 8th, 2018. Located in downtown Moncton on the site of the old Highfield Square Shopping Centre, the $113 million Avenir Centre is being managed by SMG Moncton. The building boasts comfortable seating for 8,500 (10,000 for concerts) and features wide pedestrian spaces, food kiosks and other amenities. As the city’s largest venue, it will be the future site for many regional, national and international concerts, shows and sporting events. The modern facility is also the new home to the Moncton Wildcats, of the Quebec Major Junior Hockey League. The adjoining plaza will provide a wonderful outdoor space for community gatherings, featuring a bandstand, skating rink-oval, park space and a gazebo.

The process to build the new downtown venue in Moncton began in June of 2009 with a market analysis and feasibility study. Over the course of the next few years, the city worked to develop a business plan, conceptual design and P3 documents. Following a lengthy design and proposal process, Moncton’s city council awarded the project to Bird Construction consortium in August 2015, with construction beginning in late fall of 2015.

Strescon Architectural Precast
During the proposal process, Strescon assisted in the preliminary design of the bleacher seating with Bird Construction’s team. This design included a parabolic layout for the seating - allowing for a better-quality view of concerts and sporting events. To accomplish this, the precast/prestressed concrete bleacher seats varied in height from a low of 290mm to a high of 500mm. For the lower sections, a bulb was introduced on the underside of the bleacher, in order to span the 38’8” maximum length. 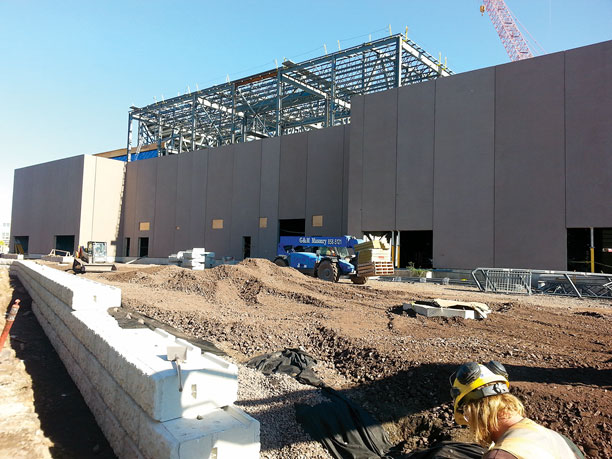 Strescon was awarded the precast contract in September 2015 and had preliminary drawings ready by mid-November. Production started in May 2016, with the first bleacher installed on August 2nd. The installation was substantially complete by the end of October 2016. 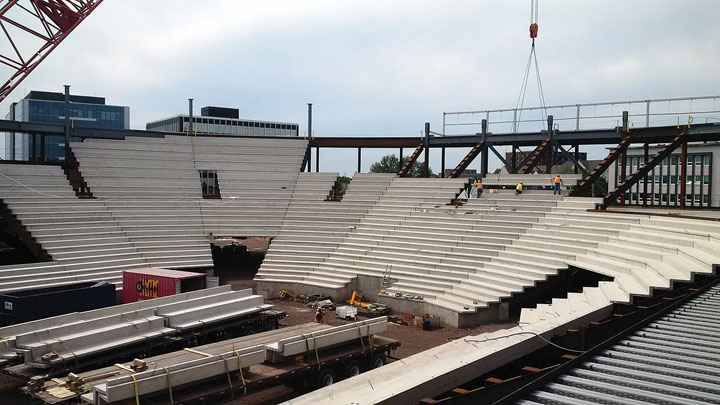 OSCO Concrete
Bird Construction awarded OSCO Concrete’s Moncton plant the contract for the ready mix concrete supply in late February of 2016.  Pouring of the footings began in early March of 2016, with the foundation work substantially completed in July.  Pouring of the slab work began in late summer and continued during the fall and winter. The ice surface slab was poured in late spring of 2017, with the majority of the concrete work completed late in the fall of that year, including work on the outdoor plaza and skating rink.

In total, OSCO Concrete’s Moncton plant supplied over 6000 cubic meters of concrete over a 2 year period, and is very proud to have been part of this important project.

A venue to be proud of
The newly built facility will now help to revitalize the downtown core. You don’t have to look too far to see the first signs of the revitalization; just next door you can see the tower crane for the new Hyatt Hotel currently under construction and slated to open in 2020. Another sign is the number of people gathering in the newly constructed plaza adjacent the Avenir Centre. This is a true sign the Moncton Downtown revitalization has begun. 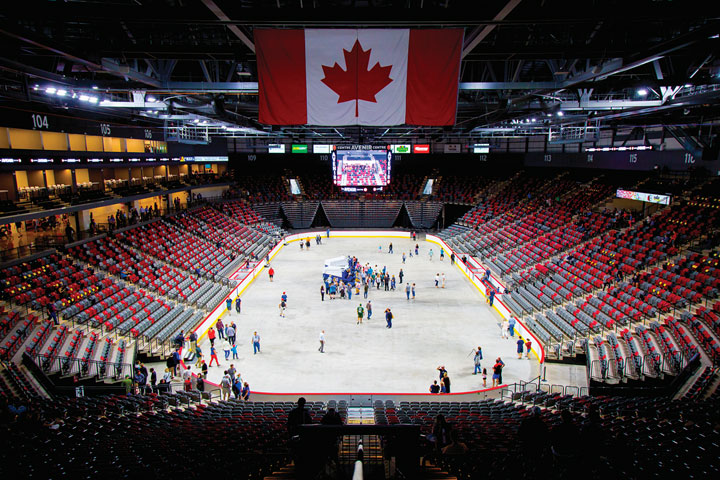